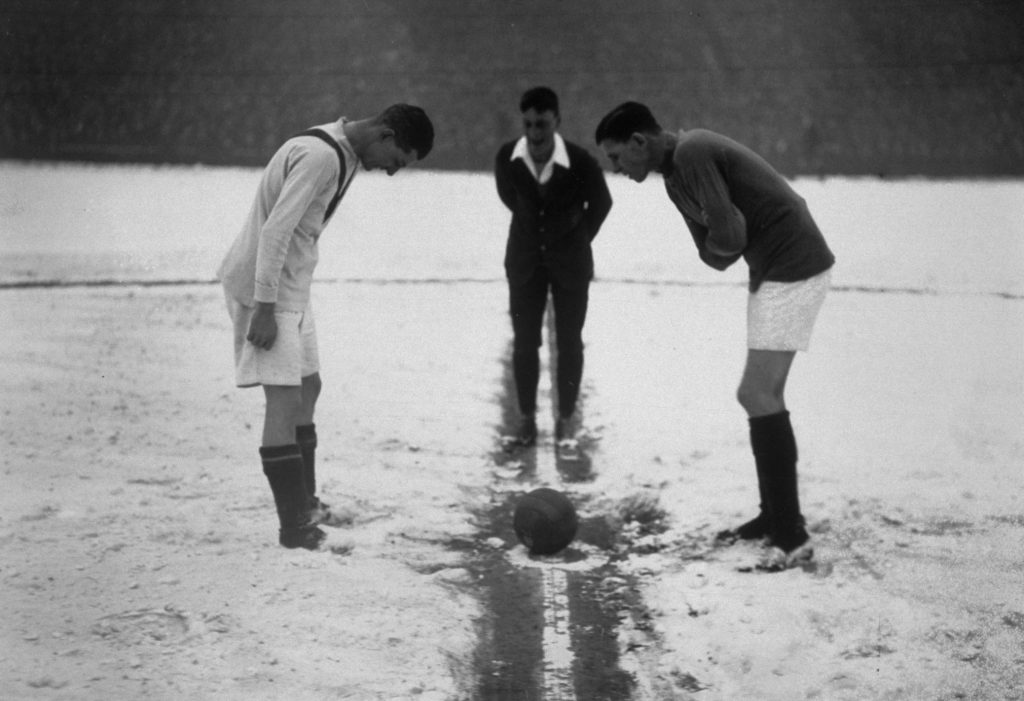 On this day in 1948, Manchester United and Arsenal met for a First Division fixture that saw a Football League record crowd of 83,260 fans attend the match.

With Old Trafford still undergoing reparation work from wartime damages, the game was held at United’s bitter rivals Manchester City’s home ground – Maine Road. Arsenal were at the top of the table leading by nine points while United were fourth. Goals from Jack Rowley and Reg Lewis meant that the game ended in a 1-1 draw.

Arsenal would later go on to win the league while United lifted the FA Cup and finished second in the league.

Although this fixture set a Football League record, the highest attendance in English football was set by Manchester City, also at Maine Road, when they hosted Stoke City for an FA Cup sixth round tie that was watched by 84,569 fans on 3 March, 1934.

With Tottenham Hotspur moved out of White Hart Lane and waiting for the construction of their new stadium, they played their home games at Wembley during the 2016-17 season. The match against Bayer Leverkusen in the UEFA Champions League group stage set the record for the highest home attendance for an English club in all competitions as 85,512 fans attended the game.