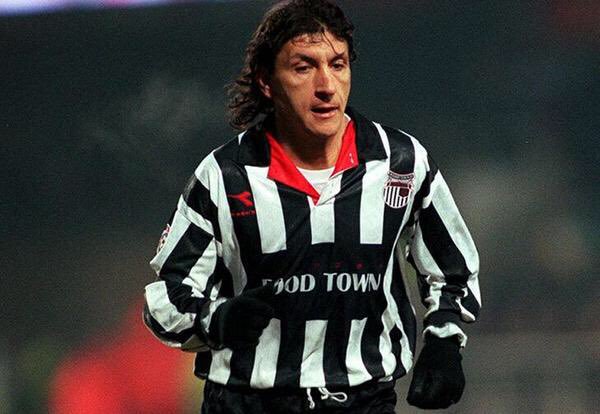 On this day in 1946, Argentina lifted their eighth South American championship trophy by beating Brazil 2-0 at the Estadio Monumental in Buenos Aires.

Colombia, Peru and Ecuador had withdrawn from the tournament leaving Bolivia, Chile, Uruguay, Brazil, Argentina and Paraguay to decide the title. La Albiceleste started the final round one point ahead of Brazil, meaning they only needed a draw to clinch the title.

Played in front of a jam packed Monumental crowd, Argentina took the lead in the 14th minute courtesy of a goal from Noberto Mendez. The Huracan forward scored again to ensure a comfortable 2-0 victory as Argentina lifted the South American championship for an eighth time.

On this day in 1991, footballing legend Zinedine Zidane, aged 19, scored the first goal of his senior career in Cannes’ 2-1 league win over Nantes.

The former Juventus and Real Madrid midfielder had made his professional debut in the previous year and had established himself as a first team regular in the 1990-91 campaign making 31 appearances in total. He moved to Bordeaux in 1992 signalling the start of a stellar career that saw him win every trophy imaginable, including the UEFA Champions League and the FIFA World Cup.

Bonetti hit by a plate of chicken

On this day in 1996, Grimsby Town lost 3-2 away from home against Luton, leading to a bizarre incident that saw Grimsby manager Brian Laws throw a plate of chicken wings at midfielder Ivano Bonetti.

The former Juventus, Sampdoria, Atalanta and Bologna player shocked the world when he moved to Lincolnshire in 1995. An instant fan favourite, Bonetti brought a lot of attention to Grimsby Town following his transfer. Unfortunately, it did not last for long.

Brian Laws was seething after the Mariners’ 3-2 defeat as they had beaten Luton 7-1 in an FA Cup third round tie only a month ago. Frustrated at his players, Laws launched a plate of chicken wings at Bonetti in the dressing room, fracturing his cheekbone. This effectively ended the Italian’s time with the club and he moved to Tranmere Rovers on a free transfer at the end of the season.