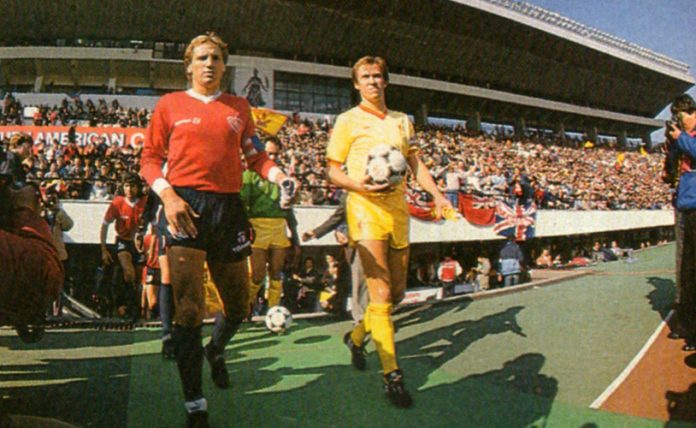 On this day in 1984, Argentinean club Independiente beat Liverpool 1-0 to win the Intercontinental Cup.

Played in front of 62,000 fans in Tokyo’s National Stadium, Liverpool were stunned by a sixth minute strike from Independiente’s 19-year-old striker Jose Percudani. The young attacker made a darting run towards the d-box to receive a long pass from midfield before slotting the ball neatly past Bruce Grobbelaar with a left footed finish.

This was the South Americans’ sixth appearance in the Intercontinental Cup with a previous record of four losses and one win – 1-0 against Juventus in 1973. Liverpool were only making their second appearance since their 3-0 defeat against Brazilian outfit Flamengo in 1981.

On this day in 2012, Lionel Messi scored a brace to beat Gerd Muller’s record for most goals scored in a calendar year for club and country in European football.

Messi had 84 goals for Barcelona and Argentina in 2012 ahead of the Catalans’ trip to Real Betis in La Liga. He scored in the 16th and 25th minute to surpass Muller’s record of 85 goals in a single calendar year. The Argentina international added five more before the end of the year to bring his total to an astonishing 91 goals.