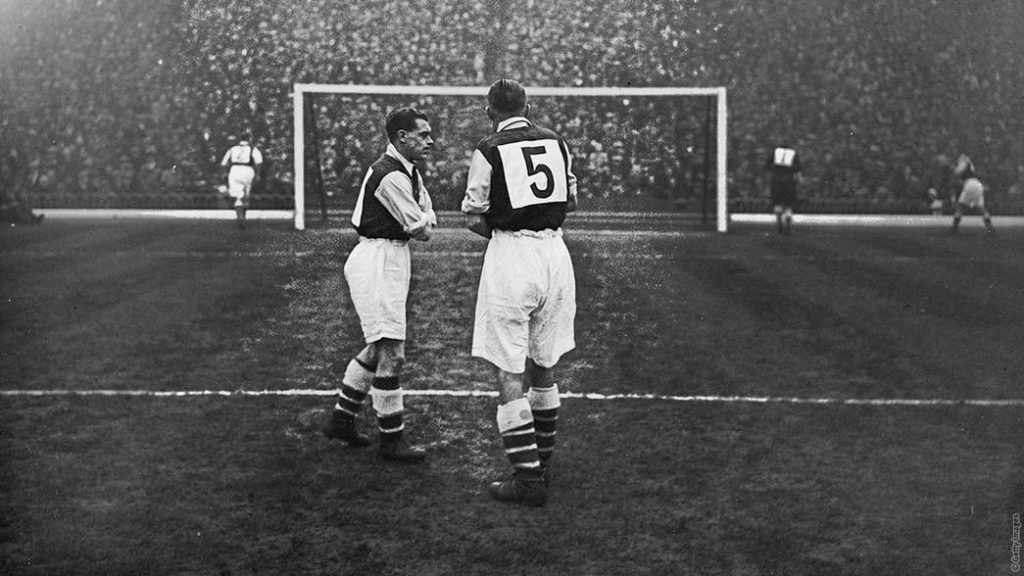 On this day in 1933, Arsenal faced the Austrian ‘Wunderteam’ at Highbury and won 4-2.

The Austrians were at that time one of the best sides on the planet and were led by their legendary manager Hugo Meisl. The respect between Meisl and Gunners boss Herbert Chapman was mutual with the Austrian going as far as declaring the Arsenal legend as the “leading man in association football throughout the world”.

The FA had prohibited English clubs from playing international sides, therefore the Austrians arrived in London under the disguise of “Vienna XI” or the “Football Club of Austria”. But it was, for all intents and purposes, the Austrian national side.

A crowd of 35,000 gathered at the Highbury stadium on a Monday afternoon. The Gunners opened the scoring in the 40th minute thanks to a penalty from Cliff Bastin. Joe Hulme doubled the lead after three minutes as his left footed strike fizzled past Peter Platzer.

The Austrians came back stronger in the second half. Captain and talisman Mattias Sindelar pulled one back in the 65th minute but defensive inadequacy at the back saw David Jack restore Arsenal’s two goal advantage. Anton Schall scored Austria’s second goal before Cliff Bastin completed his brace to secure a deserving 4-2 win for the Gunners.

“The Arsenal’s victory has made us feel that club strength in Britain is greater than international strength,” said Meisl after the game.

On this day in 1909, Liverpool registered one of the most incredible comebacks in English footbal by winning 6-5 against Newcastle United at Anfield.

Liverpool were enjoying their 18th season in the Football League and were led by Tom Watson – the man who delivered the club’s first league title. Newcastle were greeted by a 25,000 strong Anfield crowd. The Magpies, unfazed by the atmosphere, took the lead in the first minute and were leading by 5-2 at half time.

The Reds turned on the heat after the interval and accomplished one of the best comebacks in history by winning 6-5, with the winning goal coming from captain Arthur Goddard.

Here is an excerpt from a match report from the match, courtesy of the Liverpool Echo:

“The seemingly impossible happened when McDonald, Parkinson and Orr, with almost superhuman energy, swept all before them, Orr equalising under very great difficulty. The excitement of the crowd was intense and the noise almost deafening at times. Would you believe it. Robinson’s forward pass, crossed to Goddard, and lo and behold, the Reds were ahead.”