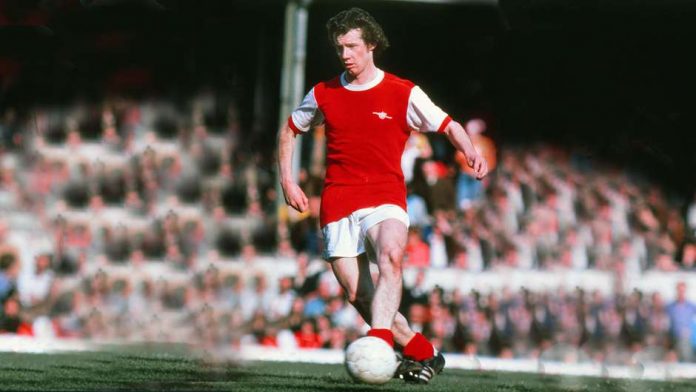 On this day in 1978, Arsenal thrashed Tottenham Hotspur 5-0 at White Hart Lane in a First Division fixture.

Spurs were back in the top flight after a year in the Second Division and had bolstered their ranks with the remarkable signings of Argentina’s World Cup winning duo Osvaldo Ardiles and Ricky Villa. But it was the Gunners, Liam Brady in particular, who provided the entertainment as they demolished their local rivals.

Alan Sunderland scored a superb hat-trick feeding off Brady. Frank Stapleton scored one and Brady capped off an incredible Arsenal performance by curling one in from the edge of the box.

“Look at that. Oh, look at that,” gasped commentator John Motson as Brady went off to celebrate his goal.

On this day in 2000, world football’s governing body FIFA recognised Real Madrid as the ‘Club of the Century’.

The Spanish giants were bestowed this honour as part of FIFA’s centennial awards. Real were the overwhelming favourites to win the award after receiving 42% of the votes. Manchester United were second with 9.69% of the votes, followed by Bayern Munich with 9.18%, then came Barcelona with 5.61% of the votes. The fifth spot was tied between Ajax and Santos who both received 5.10% of the votes.