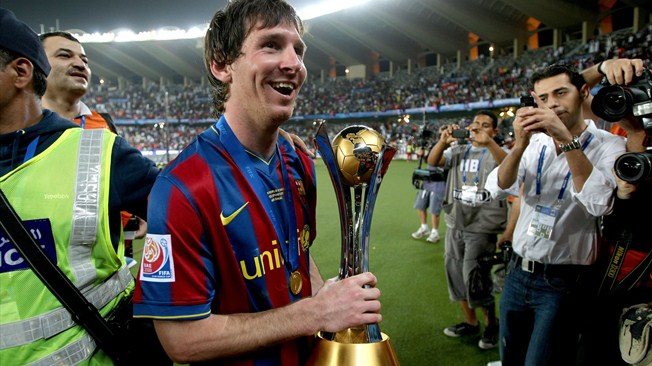 On this day in 1863, the first match of football was played under the FA’s Laws of the Game ending in a scoreless draw.

The Football Association was formed after a meeting at the Freemason’s Tavern on Green Queen Street among representatives from eleven different London schools and football clubs in October that year. One of the central figures in its creation was a gentleman called Ebenezer Cobb Morley. Prior to the formation of the FA, there were no official laws of the game that clubs or schools adhered to. Morley, as the FA’s first secretary, drafted the official rules of football at his home in Barnes, London.

The first match to be played under the new laws was scheduled for a date in January but was later pushed back to 19 December. Morley’s Barnes team and neighbours Richmond provided the two sides and the game ended 0-0.

On this day in 2009, Barcelona beat Estudiantes to win the Club World Cup. In doing so, they won a record six trophies in one calendar year.

The Catalans had already won La Liga, the UEFA Champions League, the Copa del Rey, the UEFA Super Cup and the Supercopa de Espana that year. The Club World Cup presented the opportunity to beat Liverpool’s record of five trophies in one year which the Reds set in 2001.

Played at the Zayed Sports City stadium in Abu Dhabi, the Argentine club took a shock lead through Mauro Boselli in the 37th minute. Estudiantes were heading for a monumental victory but Barcelona’s Pedro scored in the 89th minute to force the game into extra time. Ballon d’Or winner Lionel Messi scored in the 110th minute to help his side complete a record haul of trophies.