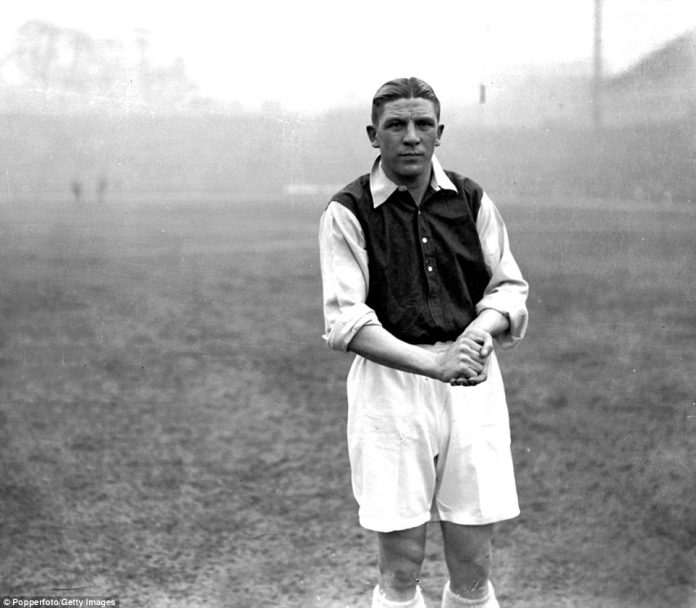 On this day in 1935, Arsenal beat Aston Villa 7-1 in a First Division fixture. All seven of Arsenal’s goals were scored by forward Ted Drake.

Played in front of 60,000 strong crowd at Villa Park, Drake’s tally remains the most number of goals scored by a player in a First Division tie. He scored his first hat-trick inside half an hour before netting six by the hour’s mark. Drake reportedly had nine attempts on goal, seven of them ended up with the ball at the back of the net, one hit the bar and the other was saved by the Villa goalkeeper.

Standing at 5ft 10in, Drake was born in the south coast of England in 1912 and got his first stint at professional football with Southampton who were in Division Two. Then Arsenal manager Herbert Chapman was reportedly a big fan of the striker and tried to convince him to move to North London after a really impressive season where he scored 20 league goals in 33 appearances. However, Drake decided to continue his stay at Southampton for two more seasons.

Arsenal, now with George Allison at the helm, finally got their man at the beginning of the 1934-35 season as Southampton were forced to sell the player to balance their chequebooks. Drake eventually went on to win two First Division titles and an FA Cup at Highbury. He entered football management upon retirement and guided Arsenal’s London rivals Chelsea to their first top flight title in the 1954-55 season.