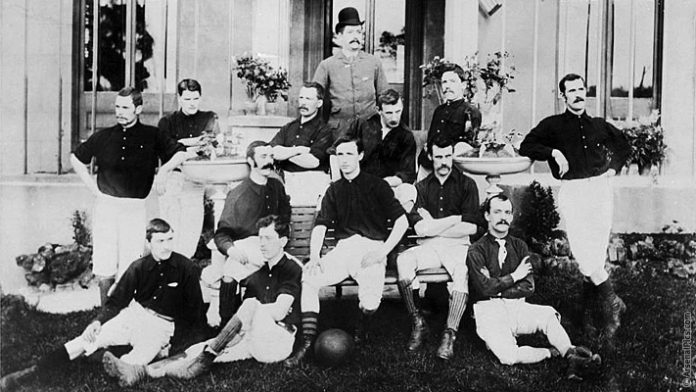 On this day in 1886, Arsenal played their first ever match as a football club, beating Eastern Wanderers 6-0.

The Gunners were of course known as Dial Square back then after being formed by a group of workers from the Woolwich Arsenal armaments factory. The peculiar idea of naming the club ‘Dial Square’ came from the sundial that adorned the entrance to the factory.

The Scotsman David Danskin, a founding member of the club, captained the team’s first game. A group of ex-Nottingham Forest players had joined Dial Square which provided inspiration for the club’s iconic red shirts.

Dial Square changed their name shortly after thumping Eastern Wanderers 6-0 at a ground on the Isle of Dogs. They rose as Royal Arsenal on Christmas Day in 1886 before changing it again a few years later to Woolwich Arsenal before settling on just Arsenal. The Gunners have since then gone on to become one of the most successful clubs in English football history.

On this day in 1962, Tottenham Hotspur beat Rangers 3-2 at Ibrox in the second leg of a European Cup Winners’ Cup First Round tie.

Spurs had thrashed Rangers 5-2 in front of 60,000 fans at White Hart Lane in the first leg before the two sides met again at a packed Ibrox stadium in Glasgow. Unfazed by the 80,000 screaming Rangers fanatics, Spurs won the game 3-2 and advanced to the next round with an aggregate score of 8-4.

Led by Bill Nicholson, Spurs went all the way to the final to face defending champions Atletico Madrid at the Feijenoord Stadion in Rotterdam. Jimmy Greaves and Terry Dyson each scored a brace while John White added another as Spurs thrashed the Spaniards 5-1. In doing so, they became the first British club to win a European trophy.