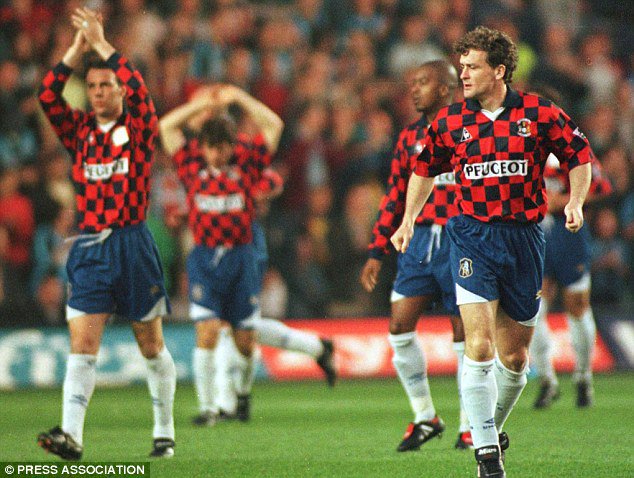 On this day in 1988, Alan Shearer became the youngest player to score a hat-trick in the English top flight at the age of 17 years and 240 days.

The young Southampton striker had made his debut for the Saints first team on 26 March after coming on as a substitute in a 1-0 win over Chelsea away from home. A fortnight later, he was given his first start – a game against Arsenal at The Dell.

The future England talisman made national headlines after netting a hat-trick in Southampton’s 4-2 win. Despite his electric start to life in the top flight, Shearer was not rushed and instead eased into the first team. He played three more games that season to end his league campaign with three goals in five matches.

On this day in 1997, Chelsea played Coventry at Highfield Road in a Premier League fixture.

What was bizarre was the fact that a clash of colour forced the Blues to play the game in Coventry’s away strip.

Chelsea took the lead before half-time through Paul Hughes but goals from Dion Dublin, Paul Williams and Noel Whelan in the second half secured all three points for the home side.

But the real winners were definitely Coventry’s shirt sponsors Peugeot.