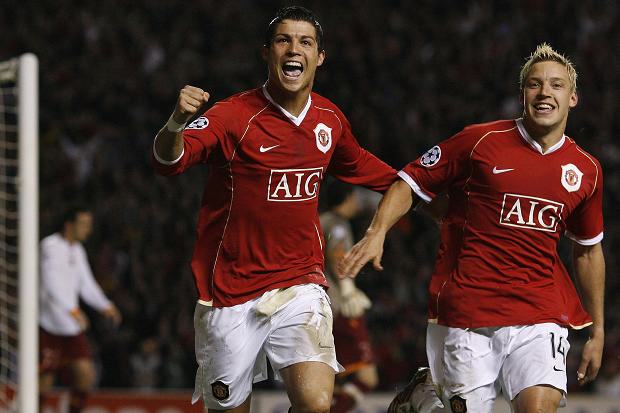 On this day in 1886, Blackburn Rovers won their third consecutive FA Cup by beating West Bromwich Albion 2-0 in a replay.

Rovers remain the second and only club after Wanderers to win three consecutive FA Cups. They first reached the final in 1882 but lost 1-0 against Old Etonians. Rovers first tasted success in 1984 and again in 1985 beating Scottish club Queen’s Park on both occasions.

The 1986 final pitted them against West Brom. Played at Kennington Oval, the match ended in a scoreless draw. A replay was scheduled at the Racecourse Ground in Derby. This was the first time that an FA Cup final was contested outside London. Goals from Joe Sowerbutts and captain James Brown ensured a 2-0 victory for Blackburn.

On this day in 2007, Manchester United beat AS Roma 7-1 in a UEFA Champions League quarterfinal second leg tie at Old Trafford.

The Red Devils had lost the first leg 2-1 in Rome but produced a master-class on home soil to overturn the deficit. Braces from Michael Carrick and Cristiano Ronaldo and additional goals from Alan Smith, Wayne Rooney and Patrice Evra brought United’s total to 7 for the night.

Roma had a consolation goal through Daniele De Rossi.