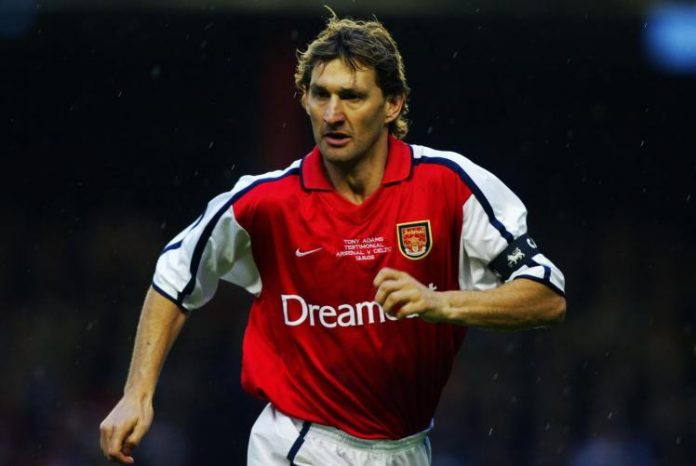 On this day in 1955, England hammered Scotland 7-2 at Wembley with four of the goals coming from Wolverhampton Wanderers legend Dennis Wilshaw.

He remains the only Englishman to ever score four goals against the Scots. The 1954-55 British Home Championship game saw Wilshaw open the scoring in the first minute before netting a hat-trick in the second half. Nat Lofthouse scored a brace and Don Revie added another to bring England’s total to seven while Scotland could only respond with two.

The game also marked the debut of Manchester United legend Duncan Edwards who at the age of 18 years and 183 days became England’s youngest ever debutant since the Second World War.

On this day in 1989, Arsenal captain Tony Adams scored for both the teams when the Gunners faced Manchester United at Old Trafford in a league fixture.

Adams put Arsenal ahead in the game only to put the ball in the back of the net to bring the scores level as the game ended 1-1.

The young captain led his team to league success that season, however, as Arsenal won the First Division after 18 years.

On this day in 2011, Sporting de Gijon beat Real Madrid 1-0 at the Santiago Bernabeu to end Jose Mourinho’s undefeated home league run that began in 2002.

The last time a Mourinho managed club lost a league fixture at home was in 2002 when Beira Mar beat FC Porto 2-3 at the Estádio das Antas.