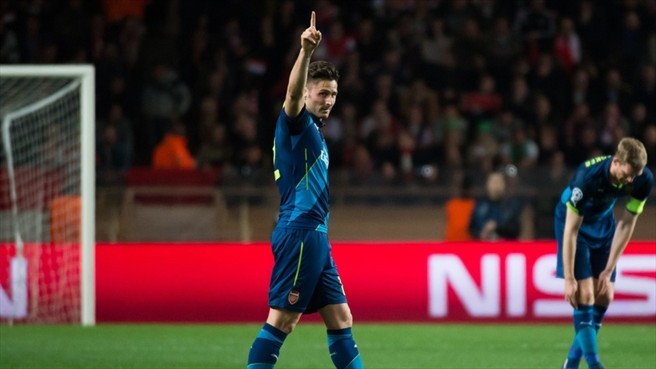 Arsenal striker Olivier Giroud has been recalled to the France National team after a long period of time. The 28-year-old has missed a chunk of the early part of the season through injury but has come back strongly and managed 17 goals to his name so far.

The French striker has scored nine goals in last nine matches, and his impressive form has coincided with Arsenal’s late show that puts them in position where title challenge cannot be ruled out.

Giroud has hit back at the critics who feel the Frenchs striker has a high opinion on himself. He said in a classic French expression as quoted by RMC:

Giroud hits back at those who say he has too high an opinion of himself: “I don’t fart higher than my a**e!” Fine French expression 🙂 (RMC)

The Arsenal striker also adds that he is in the best form of his Arsenal career and wants to better his last season’s goal tally.

Furthermore, Giroud believes that the title race is not over yet and Arsenal can put in a late challenge should Chelsea slip up.

Giroud was heavily criticised for his poor performance against Monaco, but the French striker is happy to have come back strongly and prove a point or two.