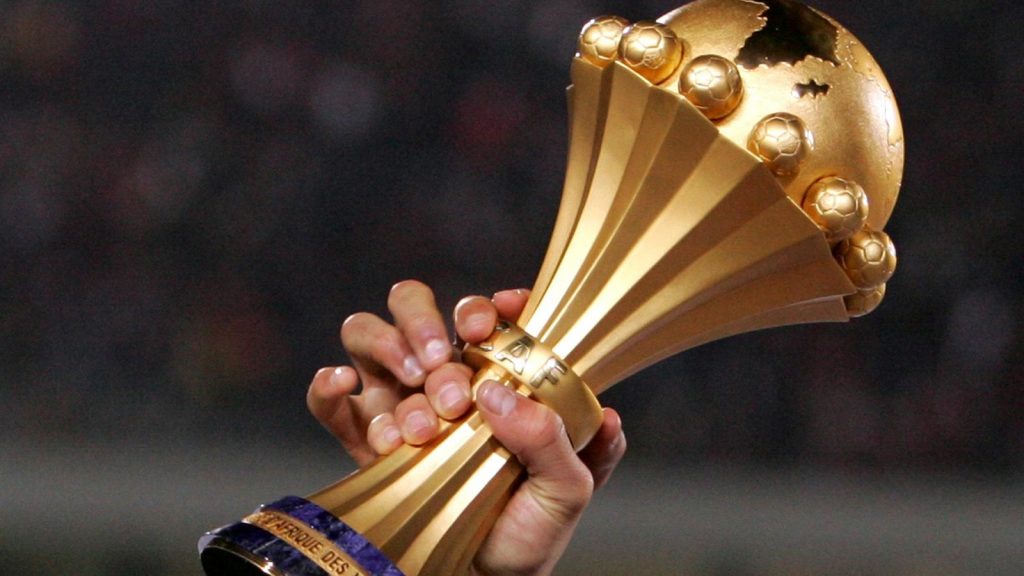 The 2017 Africa Cup of Nations kicks off this Saturday. It is the 31st edition of Africa’s showpiece event, one that has taken place every two years since 1968.

Gabon is the host nation, having replaced Libya in August 2014 because of the ongoing civil strife in Libya. Gabon beat off competition from Ghana and Algeria to earn the hosting rights.

The winning team of AFCON 2017 will represent Africa in the 2017 Confederations Cup in Russia. There are 16 teams in the AFCON 2017 finals drawn into four groups. Two teams from each group will advance to the knockout stages. There is a third place playoff for the losing semi-finalists.

16 out of Africa’s 55 member nations have qualified for the AFCON finals via a qualification tournament staged from June 2015 to September 2016.

Senegal are the highest-ranked team in the tournament, followed by Ivory Coast, Egypt, and Tunisia. Nigeria, the seventh-ranked African team, have not qualified.

Hosts Gabon are the lowest-ranked team in AFCON 2017, while Guinea-Bissau are making their first appearance in the tournament.

Eight of the participating teams this year have won the Africa Cup of Nations previously, Egypt having won it a record seven times. Cameroon, Ghana, Ivory Coast, Democratic Republic of Congo, Tunisia, Morocco and Algeria have also won the competition in the past.

Ivory Coast are the defending champions.

Of the 368 players to be involved in AFCON 2017, more than half play their club football in Europe. 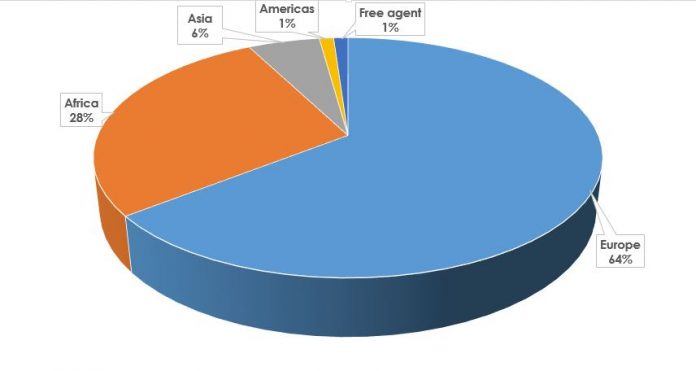 As far as the players’ clubs are concerned, French clubs provide the most number of players in AFCON 2017, followed by English clubs. 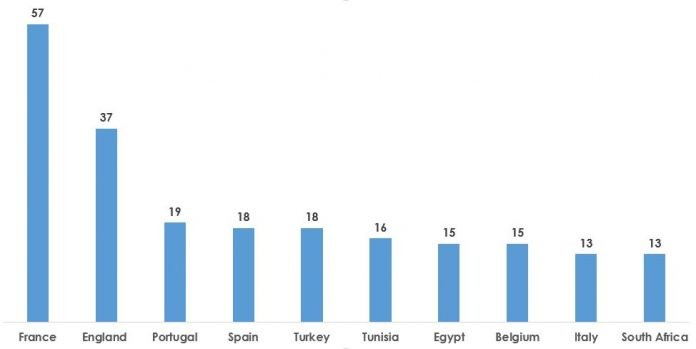 Egypt’s captain Essam El-Hadary is the oldest player in AFCON 2017. The goalkeeper is still going strong at 43. Senegalese midfielder Ismaila Sarr is the tournament’s youngest player at 18.

Egypt are the record times African champions, but the Pharaohs haven’t dined at Africa’s top table in the last three Africa Cup of Nations. Prior to that, they had won three back-to-back African titles in 2006, 2008, and 2010, thereby firmly etching their name in African football’s history books.

This time, Egypt are back in contention, mainly because of their history and the players at their disposal. Mohamed Salah is the creative hub of the Pharaohs. The 24-year-old has impressed for AS Roma this season, and it won’t be a surprise should he outperform the likes of Mahrez, Aubameyang, and Mané.

DR Congo’s Cédric Bakambu is another one to watch. The 25-year-old Villarreal striker has had an injury-prone 2016/17, but he scored 22 goals last season for the Yellow Submarine.

Atalanta’s Franck Kessié is on the radar of the big European clubs, and AFCON 2017 provides him with a platform to increase his stock. Lazio’s Keita Baldé Diao, Chelsea loanee Bertrand Traoré, Monaco’s Adama Traoré, and Stoke City’s Ramadan Sobhi are some of the young players to watch out for.

Also, watch out for the likes of Egypt’s Mahmoud Hassan ‘Trézéguet’, and the Zimbabwean quartet of Teenage Hadebe, Marvelous Nakamba, Knowledge Musona, and Hardlife Zvirekwi.