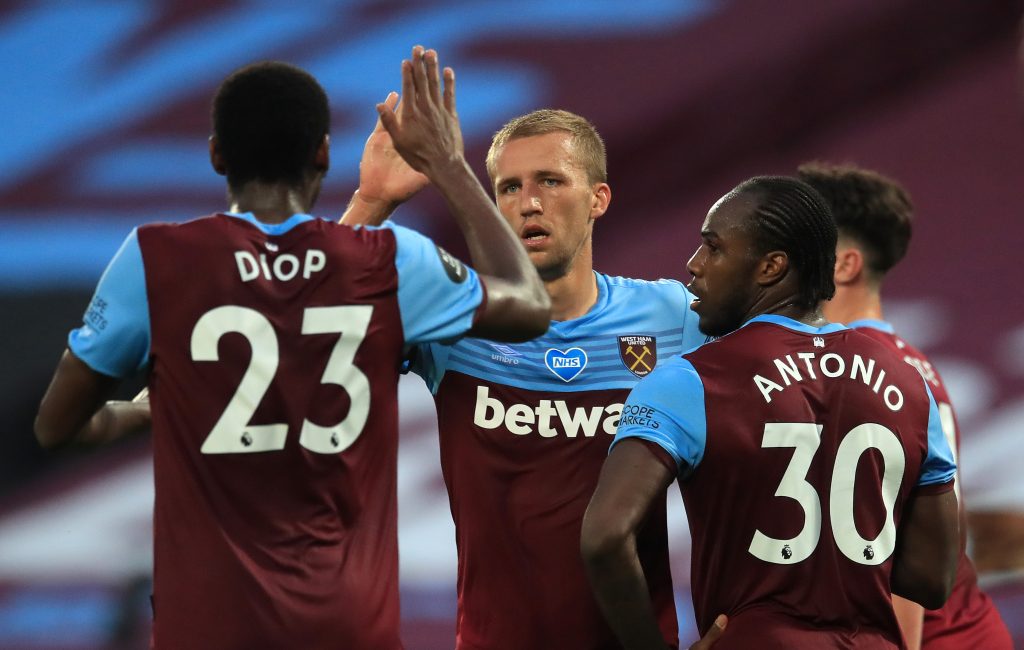 The Hammers were 1-nil up heading into half-time after Michail Antonio converted from the penalty spot.

It was the forward’s eighth goal since Premier League action restarted last month, and Red Devils boss Ole Gunnar Solskjaer believes he should be the winner of this July’s Player of the Month award.

Antonio has scored eight goals and assisted another one in six league games this month, and he clearly played a huge role in helping West Ham secure Premier League safety.

The 30-year-old was being interviewed post-game, and Solskjaer interrupted the interview saying: “If he doesn’t get Player of the Month, I don’t know what I’ll say.”

Antonio had scored just two Premier League goals prior to the break in March, and manager David Moyes will hope his post-break form can continue when the 2020-21 campaign resumes.

The Hammers host Aston Villa on the final matchday of the season on Sunday, and Dean Smith’s side will have to find a way to stop the West Ham striker if they are to play Premier League football next season.