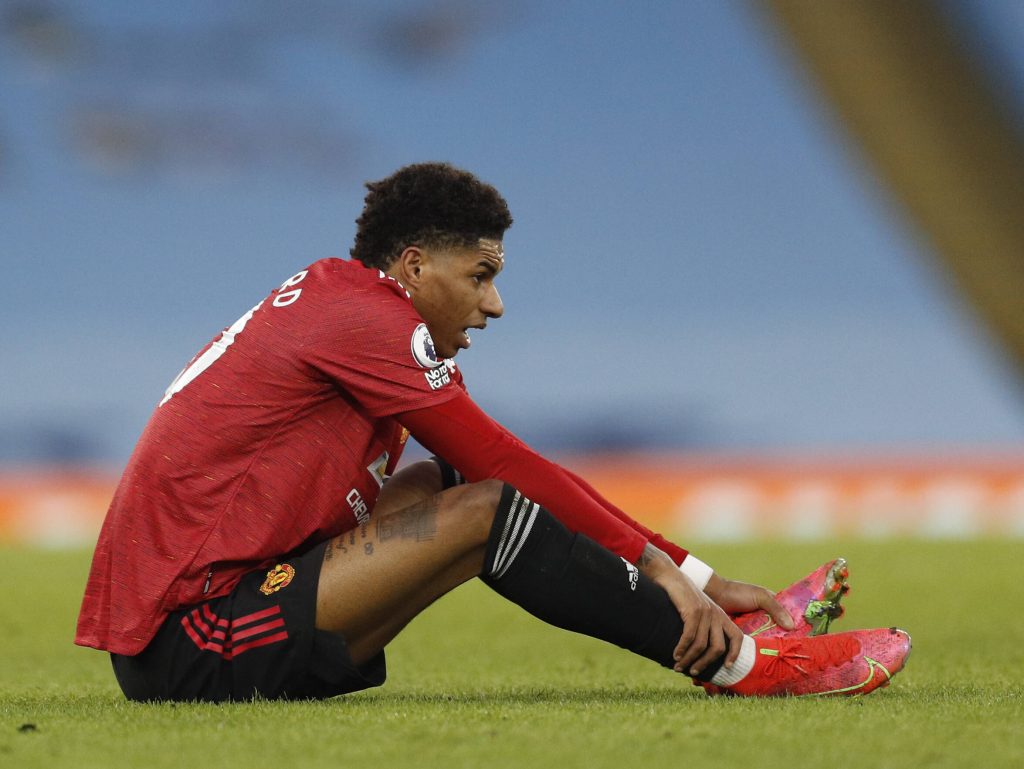 The Red Devils were handed an early penalty after Anthony Martial was fouled by Gabriel Jesus in the opening minute. Bruno Fernandes converted the spot-kick to give United the lead.

They managed to double the advantage shortly after the interval after a splendid run from Luke Shaw, who found the back of the net after a lovely one-two with Marcus Rashford in the box.

Aside from his assist, Rashford was lively over the course of the game with his terrific work rate, but was injured in the 71st minute after making a terrific recovery run to intercept Riyad Mahrez, who could have scored on the counter-attack.

Within a couple of minutes, he was substituted with an ankle concern and, speaking after the derby win, Solskjaer expressed hope that the injury won’t be serious and a scan would determine the exact nature of the problem.

He told Manutd.com: “It is one of them. It was a great recovery run, a recovery sprint – he saved maybe a goal, so he sacrificed himself for the team.”

“It is something with his ankle, I think. I am not a doctor but, hopefully, it is not too bad. We will have to scan him in the morning.”

Rashford has been a hugely influential player for the Red Devils in recent years, and he has excelled this term with 18 goals and 10 assists in 43 appearances.

He is the only player in the squad to have played every game for the Red Devils this term, and that is a positive, given he missed valuable time with a back injury last season.

The 23-year-old hobbled off the playing field yesterday and looked in some discomfort, but Solskjaer will be hoping that it is only a minor knock.

The Red Devils host AC Milan in the Europa League round of 16 first leg on Thursday night, and Rashford is likely to make the line-up if he is deemed fit.

In other news, some Manchester United fans hailed the performance of this 25-year-old after the derby win.