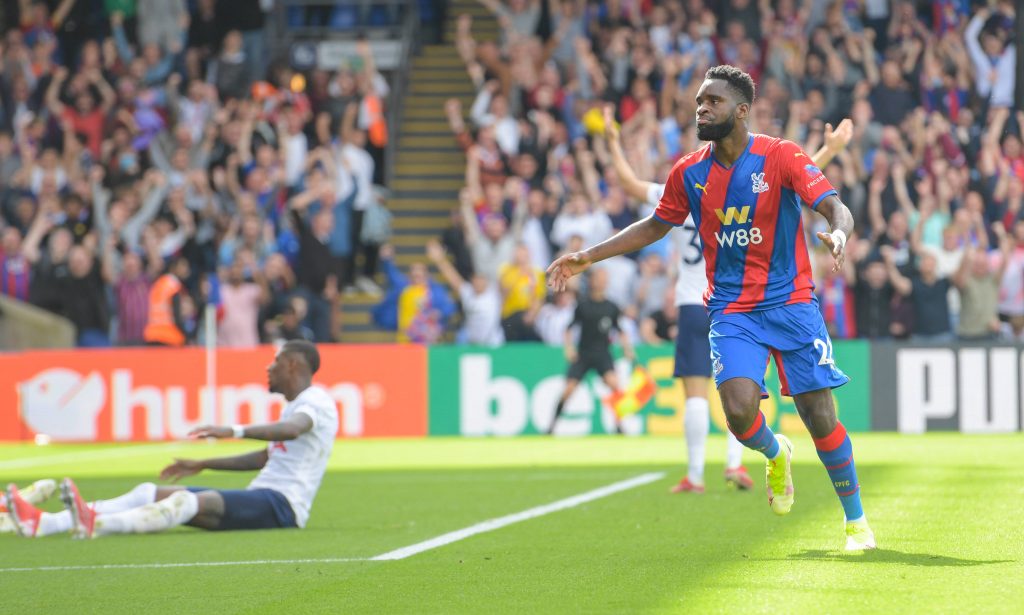 Crystal Palace won 3-0 against Tottenham Hotspur in the Premier League on Saturday at Selhurst Park to register their first win of the season.

Odsonne Edouard scored twice after coming on as a substitute to make his debut since joining from Celtic on the transfer deadline day.

Wilfried Zaha opened the scoring for the home side, tucking away a penalty after Ben Davies was penalised for handling the ball inside the box. Conor Gallagher was superb during the game as well.

Former Leeds United striker, Jermaine Beckford took to Twitter to express his reaction after the game. He was heavily impressed with the debut from the former Celtic striker and has hailed him as an “unreal” player.

What a debut for Edouard for @CPFC 🔥 Even though @SpursOfficial have got an under strength team out, Palace are starting to look a bit good under Patrick Viera👏🏽 #CRYTOT

This guy is unreal! 2 goals on his debut for @CPFC 👏🏽👏🏽 He’s going I. My fantasy team straight away🤣🤣 Edouard’s positioning for both goals have been brilliant! Just what Palace have been missing for a while now👏🏽 #PALTOT

Beckford is absolutely spot on with his assessment.

Edouard has been an epitome of consistency for Celtic in the past few years, but doubts were raised whether he would be a hit in the Premier League.

Well, he still has a lot to prove but the first-day show should encourage the players and the fans. Palace have creative players in their ranks, but they were heavily dependant on Zaha to score.

Christian Benteke brings other qualities to the side but lacks the end product. Palace have been crying out for a top-quality finisher all these years, and they may have found their answer in the French striker.

From his time in Scotland, we have seen Edouard is not only a very good finisher, but he can create chances for others as well.

Palace are improving gradually under Patrick Vieira, and the performance of Edouard is certainly going to lift the dressing room after today’s performance.