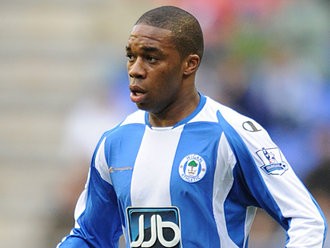 Wigan midfielder Charles N’Zogbia has said his time at the club is “just a stepping stone.”

The 24 year-old moved to the DW Stadium last year from Newcastle United after a squabble with then-manager Joe Kinnear, but claims that the club’s board know that he will one day depart. Speaking with the Daily Star:

“Wigan’s just a stepping stone. They know very well I’m not a player who is going to stay at the club.

I give 100 per cent on the pitch, but, if there’s a bigger club that wants me, the manager and the president have always told me the door is open for discussion.”

During the transfer window this past summer a deal, thought to be around £9 million, between Wigan and Birmingham City was agreed, but N’Zogbia failed to agree the personal terms offered to him.