For the second season running Newcastle United have had an injury-ravaged season including their fair share of hamstring injuries.

In one of our first articles on the new Newcastle United blog last week – we indicated this was not good enough, injuries couldn’t be used much longer as an excuse – and the club should be doing more to get to the bottom of the mystery.

Contrast what they do in this same situation on stateside – too many injuries and the conditioning coach is out the door (sacked) as happened on Wednesday when the NY Yankees conditioning coach Marty Miller was sacked – after a short 30 days into the season.

An injury-ravaged pitching staff has contributed to a poor start for the New York Yankees (10 Wins – 14 Losses), which is in last place in the AL East. Yankees general manager Brian Cashman can’t say with certainty that poor conditioning caused the team’s rash of hamstring injuries this season .

He wasn’t about to wait for more evidence, though as Cashman fired strength and conditioning coach Marty Miller on Wednesday, one day after rookie pitcher Phil Hughes became the latest New York player to hurt his hamstring. 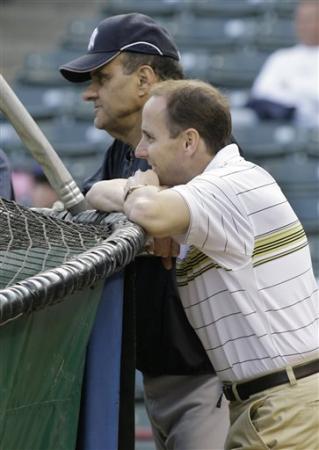 While there is probably more ruthlessness (and accountability) in American Sports – there has nevertheless been a question why Newcastle always seem to have so many injuries – compared to other teams.

The Newcastle United Blog article recommends that Newcastle – at the very least – carry out an investigation to get to the bottom of the problem.

However, this is no sign this investigation has – or will – be carried out.

It certainly should be – and please let’s not hear an injury excuse if the team doesn’t perform again next year.

We should be doing something about this right now – to ensure next season we can be more injury free – and hopefully have a much better season than the last two – which have been very painful for the Geordie faithful.