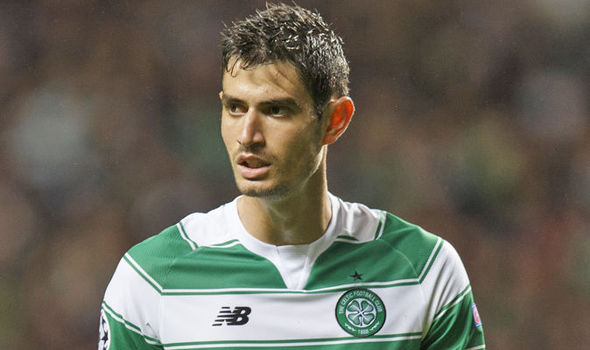 Celtic boss Brendan Rodgers has confirmed that Nir Bitton is likely to return to the first team squad after the end of the October international break.

The 26-year-old, who can operate as a defender or as a central defensive midfielder, has been out injured since February after undergoing a surgery on an ankle injury.

The Celtic boss is hopeful that Bitton will return to first team action in a month’s time, and has said that he is working tirelessly to get back to full fitness.

Rodgers told the Scottish Sun: “It will probably be after the next international break (in October) before he’s back.

“He had a minor setback that puts him back a couple of weeks but he’s working tirelessly to get back.

“It will be nice to get him on the pitch. Whether or not he plays he’s a great influence on the group. He’s highly respected and we want him back ASAP.”

Celtic have depth in the midfield area and it won’t be easy for Bitton to get back into the first eleven straightaway after the injury.

However, he is a versatile player and would add plenty of depth to the side as Celtic will be aiming to fight for all the major domestic trophies.

Bitton is a good player but he is not on the same level as Scott Brown or Olivier Ntcham. However, having him back will be a huge morale boost for the Hoops.