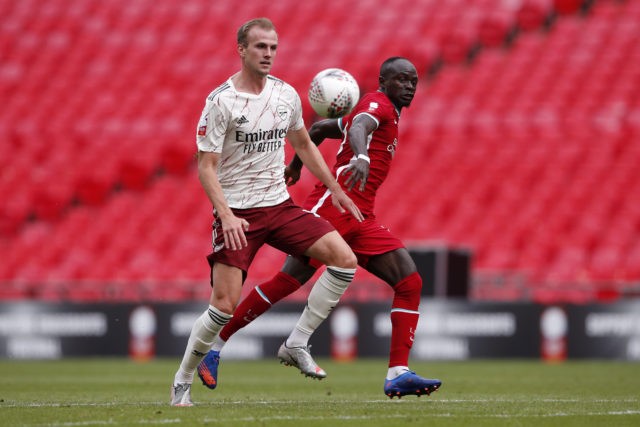 According to reliable journalist and transfer expert, Nicolo Schira, Newcastle have secured a deal to sign Rob Holding from Arsenal this summer.

Without big investment in the side following a failed takeover bid, the Magpies are relying mainly on loan deals and free transfers.

In this case, they have secured a loan deal for the Arsenal defender who has become surplus to requirements at the London club.

Schira claims that the deal will be completed and made official once Arsenal confirm the signing of Gabriel from Lille.

Done deal! Rob #Holding to #Newcastle from #Arsenal on loan. The deal will be complete and official after #GabrielMagalhaes announce. #transfers #NUFC #AFC

According to reports from The Athletic, the loan deal will not have an option to sign him permanently. However, it is still a big coup for Steve Bruce’s side who have limited funds to spend this summer, although Newcastle are well stocked in that area.

The Arsenal defender featured in 18 games across all competitions last season. However, he is likely to play regularly under Bruce at St James’ Park.

Leeds United were also interested in signing Holding. However, the Whites have moved quickly to sign Robin Koch from Freiburg, and they are unlikely to challenge the Magpies for his signature.

Holding joined the Gunners in 2016, and has made 78 appearances for the club in all competitions.