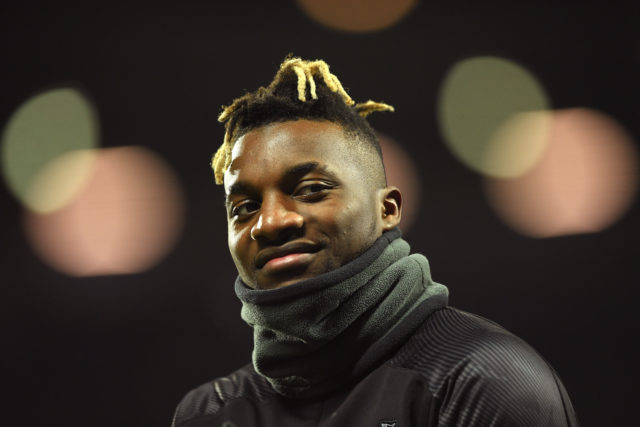 A Sunderland fan has gotten more than he bargained for after trying to mock Newcastle United winger Allan Saint-Maximin on Twitter.

However, the 35-year-old striker scored just a goal in 37 Premier League appearances for Sunderland in his first stint at the Stadium of Light, and Saint-Maximin was having none on the fan’s trolling, taking him down in brutal fashion with his reply:

Me in a Premier League game shaking hands to Sunderland fans to congratulate them for that https://t.co/YK6D9xlRcQ pic.twitter.com/qOICYeQ0ZD

While Joelinton scored just twice in 38 league games last term, Saint-Maximin ended it with three goals and four assists in 26 games, and he will be keen to prove his quality when the 2020-21 Premier League campaign kicks off against West Ham United on Saturday.

Sunderland will be spending yet another season in the League One after missing out on promotion to the Championship last season, and try as they may, their fans can’t deny the gulf currently between their side and bitter rivals Newcastle.

They are at least currently two seasons away from returning to the top-flight, and they will hope to finally become a Premier League club again sooner rather than later.