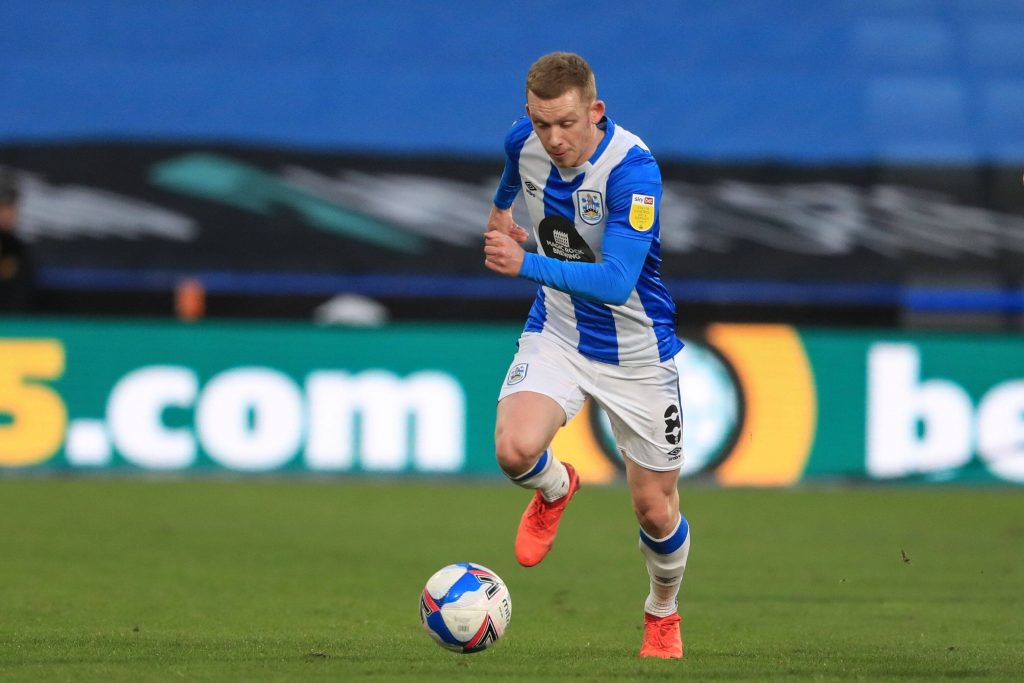 Newcastle United have identified Huddersfield Town midfielder Lewis O’Brien as a summer transfer target, according to The Sun.

Head coach Steve Bruce wants to sign Arsenal loanee Joe Willock permanently at the end of the season, but his £20 million valuation looks a bit steep for the Magpies.

They have seen O’Brien as a player who could strengthen their squad without costing a fortune and, potentially, as a cheap alternative to Willock.

The £4m-rated midfielder has three goals and three assists in 40 Championship appearances this term after ending last season with two goals and four assists in 38 games.

A couple of Premier League clubs have also run the rule over the 22-year-old, and he could be on his way to the top-flight in the coming weeks.

Newcastle owner Mike Ashley will not be splashing the cash this summer if he remains in charge, and Bruce will have to make do with cheap signings in the transfer window.

The highly-rated O’Brien could prove to be a quality addition to Newcastle’s midfield, but they are likely to face stiff competition for his signature.

Newcastle have all but secured Premier League safety after a relegation scare, and Willock has played a huge role in their upturn in form.

The 21-year-old has four goals in 10 top-flight appearances for the St James’ Park outfit, but he is likely to be plying his trade elsewhere next term if Arsenal decide to cash in on him.

In other news, Newcastle are eyeing defender that almost joined Barcelona.