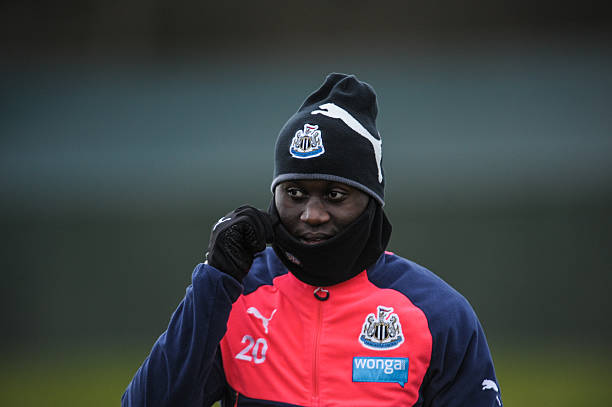 Newcastle United have released their official team photo for the 2019-2020 season, and there are two surprise faces amongst the 27 players appearing in the picture.

Every club is allowed only 25 players in their Premier League squad, and Magpies head coach Steve Bruce had to leave out Jack Colback, Rolando Aarons, Achraf Lazaar, Henri Saivet and Jamie Sterry when announcing his final team last month.

However, Saviet and Colback have remained with the first-team, training with them and both appeared in Newcastle’s team photo.

Fans were particularly surprised to see the Senegalese international, and here is how some of them reacted to seeing him in the picture:

Saivet getting on with his job like a pro, Colback spitting his dummy out?

Poor Saivet. I’m sure he must have just quietly slipper out of one of the training ground doors just before the shot was taken 😂

Why is saivet in the picture???? #NUFC

Can someone at the club or press answer this?

Since arriving at Saint James Park in January 2016 from French side Bordeaux for £4.5 million, the 28-year-old has played a total of 232 league minutes for Newcastle and made only eight appearances for them, three of which were league starts.

Saviet has been loaned out thrice, and has spent the last three summers exiled to the academy to train with the under-23s.

While he still has two more years left on his current deal, he is expected to move on once the opportunity comes as he is clearly not in the club’s plans having failed to convince three managers of his quality.