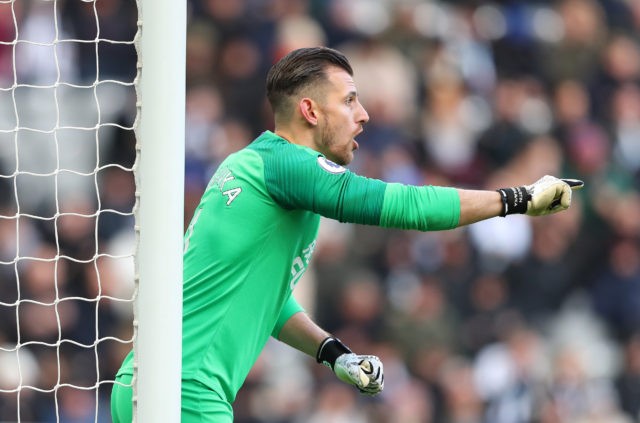 Newcastle United goalkeeper Martin Dubravka is set to spend some weeks on the sidelines following a heel injury, and he will be unavailable for the Premier League season opener against West Ham United.

The Slovakia international will also miss his country’s UEFA Nations League fixtures against the Czech Republic and Israel next month, and being without him is a huge blow for both club and country.

The 31-year-old has never missed a Premier League game since making his debut for Newcastle in February 2018, and head coach Steve Bruce won’t be pleased to be missing such a key player.

Dubravka emerged as the Magpies’ Player of the Season last term after his brilliant campaign in goal, and he is expected to be back to action in the next six to eight weeks.

Karl Darlow is likely to be in goal for the games against the Hammer, Brighton & Hove Albion, Tottenham Hotspur and Burnley, and Newcastle fans are not taking the news of the injury to their first-choice goalie lightly, reacting thus on Twitter:

Gutted but if we are conceding at one end the only chance we have is to score more than the opposition at the other end so get a ST or two ASAP or we are relegated.

This season is going to be fun… pic.twitter.com/scWLE8Tk5I

The gift that keeps on giving this club 😂

We'll have an injury crisis before the season even starts. Could only happen to us. 🤦‍♂️

The Magpies are also set to be without Dwight Gayle after he got injured in Tuesday’s pre-season victory over Crewe.

The striker is facing a lengthy absence following a knock on his ankle, and scans have revealed he could be out for months.