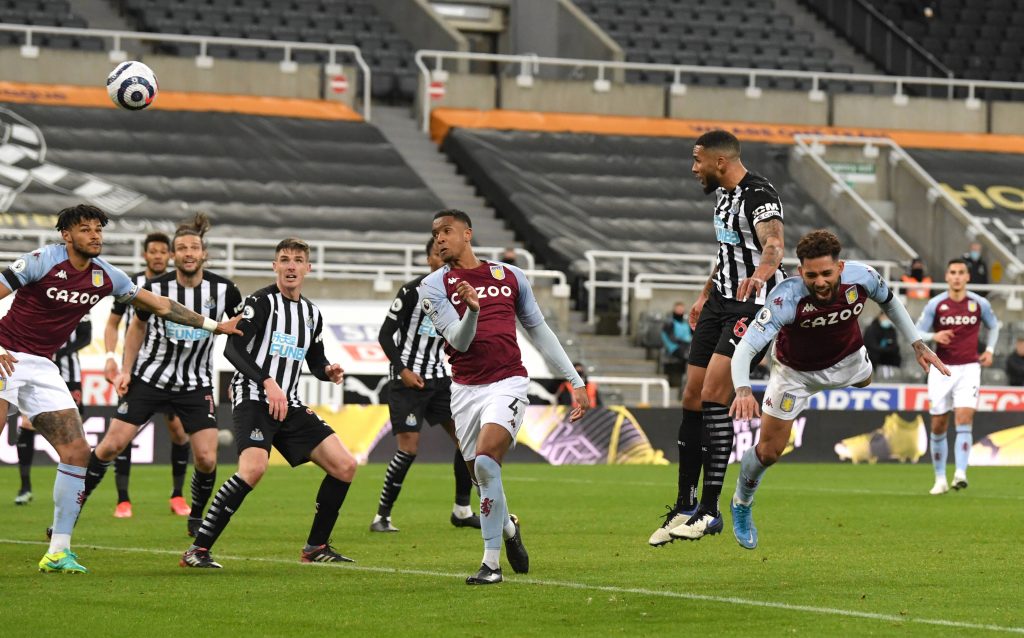 A selection of Newcastle United fans heaped praise on Jamaal Lascelles following his stoppage-time equaliser against Aston Villa in the Premier League on Friday.

The Magpies looked on course to register a goalless draw last night before the game came alive in the last five minutes when the Villans broke the deadlock.

Ollie Watkins’ header was unfortunately deflected into the back of the net off the post by Ciaran Clark, who had a solid game until then.

Martin Dubravka subsequently came up with a couple of crucial saves for the Magpies before Lascelles salvaged a point.

The defender netted the equaliser with a powerful header from a Jacob Murphy cross with seconds left on the clock.

This pleased several of the club’s faithful, and here are a few reactions on Twitter.

Jamaal Lascelles is so under appreciated. He gives everything to this club and contributes on both ends of the pitch. Also, fantastic cameo by Murphy

Well done Murphy with a decent quality cross. Lascelles now with 2 in 3, fair to say he cares. #nufc #bruceout pic.twitter.com/zbDRLwclWQ

I know it’s not what we need right now but Clark and Lascelles been excellent recently. The skipper dragging us along #nufc

With Callum Wilson, Miguel Almiron and Allan Saint-Maximin out injured, the Magpies have struggled to find the back of the net regularly.

Lascelles has led from the front with two goals in the last three league games, and his contributions have helped the club pick up two crucial points.

The Tyneside outfit are currently two points ahead of 18th-placed Fulham and have a defining game in their campaign next weekend at Brighton & Hove Albion.

The Seagulls are a couple of points behind them in the standings but have a game in hand to be played against Southampton tomorrow.