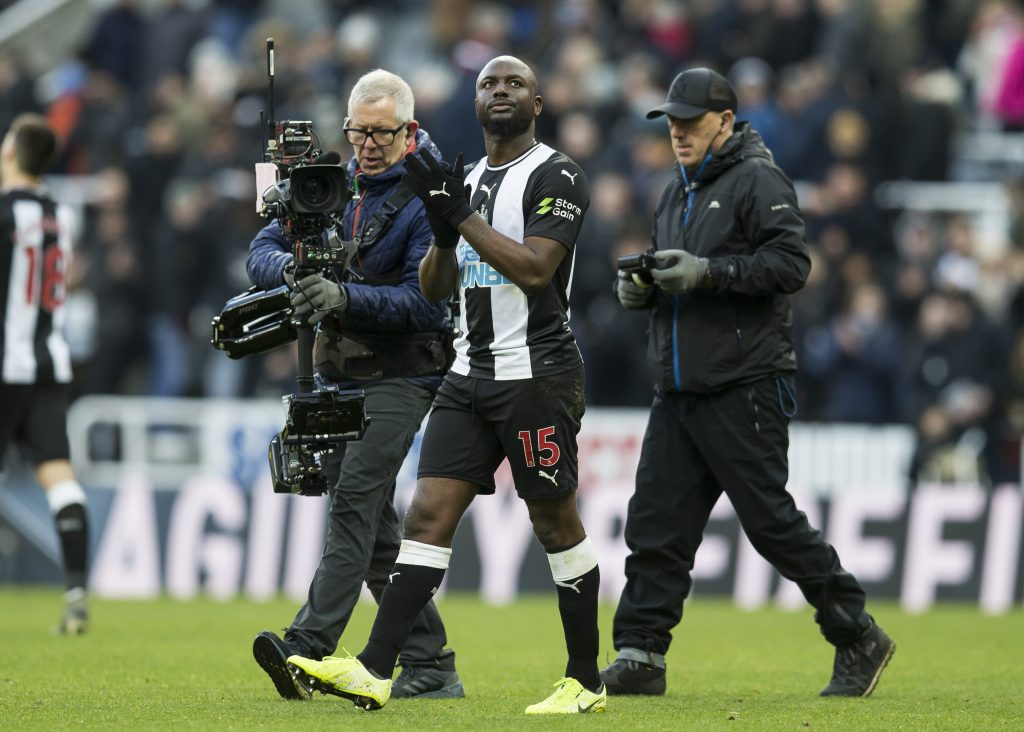 Bundesliga side Eintracht Frankfurt have released Dutch left-back Jetro Willems after four seasons on their books.

Willems, Brugger, Fahrnberger and Makanda will leave Frankfurt when their contracts expire on 30 June, while on-loan Jovic and Schubert will return to their parent clubs.#SGE pic.twitter.com/AqRSafQMql

The 27-year-old joined Newcastle United on a season-long loan in 2019-20 before an injury ended his spell in January 2020.

Willems has not played since despite returning to full fitness, and Bild reported last week that he is set to re-join the Magpies on a free.

The Netherlands international has been linked with a return to St James’ Park ever since he left, and he has always indicated a willingness to do so through his social media posts.

Someone know the rules if i want to travel from Amsterdam to Newcastle? Just for 1 night😀

He took to Twitter last night to say his goodbyes to Frankfurt, and Newcastle fans flocked the post to reply:

Please say your coming back to Newcastle 🖤🤍

You coming back to the toon jetro?

See you soon my guy. We’ve missed you! pic.twitter.com/bXM9S5GG9e

Welcome back to Newcastle king👑

On your way to Newcastle?👀👀

Willems scored twice and assisted twice in 19 Premier League games during his short-lived Newcastle spell, forming a solid partnership with Allan Saint-Maximin on the left side of the pitch.

The wing-back’s goal against Liverpool emerged as the Magpies’ goal of the season last term, and head coach Steve Bruce could do with a quality free agent this summer.

Newcastle reportedly have around £12 million to spend on transfers this summer, and strengthening their defence with a player willing to join them would be a smart move.

Having not played for 18 months, a deal for Willems would need to be wrapped up quickly to get him involved in the pre-season preparations.

In other news, a midfielder has sent a message to Newcastle fans ahead of a summer departure.