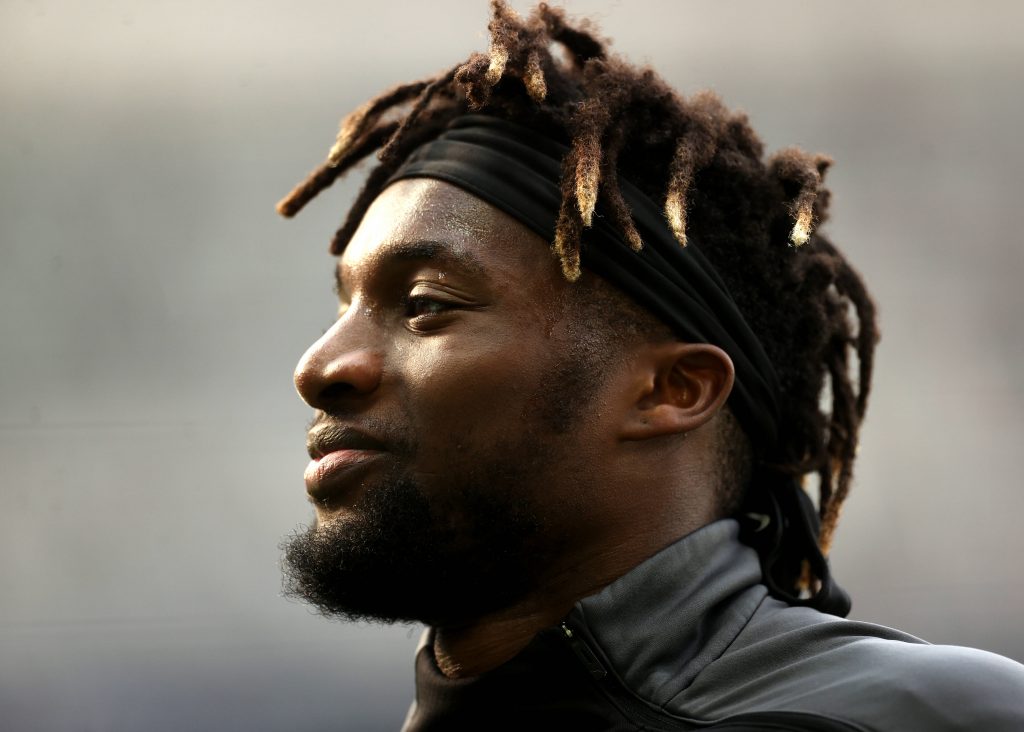 Newcastle United attacking midfielder Allan Saint-Maximin has been linked with Roma, with the Italians’ new manager Jose Mourinho an admirer of his style of play.

The Frenchman is expected to attract more suitors this summer, but the Magpies are not looking to let their best player leave after just two seasons.

Newcastle currently value Saint-Maximin at around £70 million, and that is likely to scare off Roma and other interested clubs.

The 24-year-old ended 2020-21 with three goals and four assists in 25 Premier League games, but he brings more than his contributions in the final third to the table.

The winger gets Newcastle fans off their seats with his pace and ability to beat his markers with ease, and it is not surprising to hear that Mourinho wants him.

Saint-Maximin took to Instagram last night to post a reel of some of his best moments, goals, dribbles and assists in the Premier League this season.

He tagged it “end” and some Newcastle fans thought he was hinting at a potential summer exit, reacting as follows to the post: 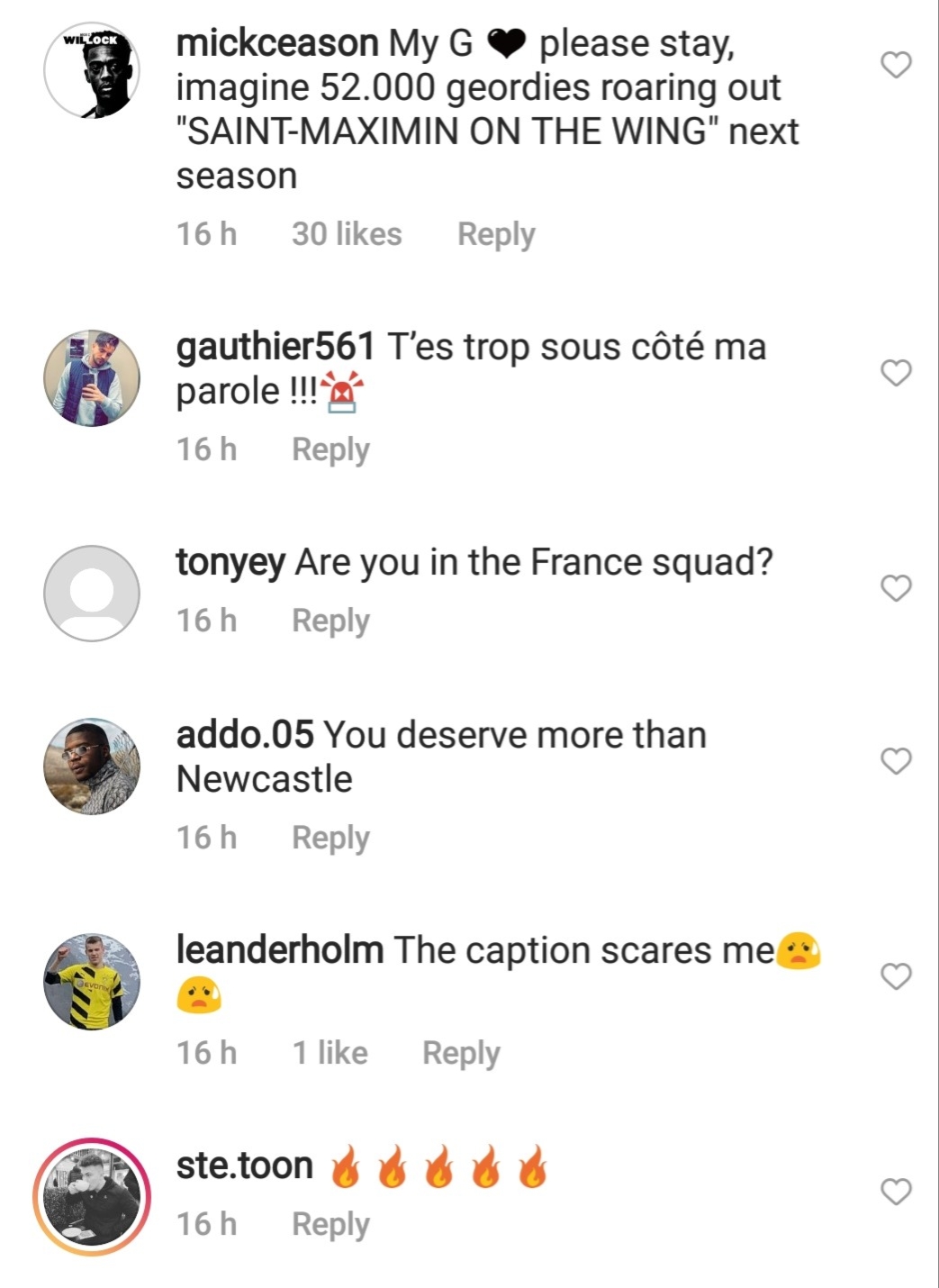 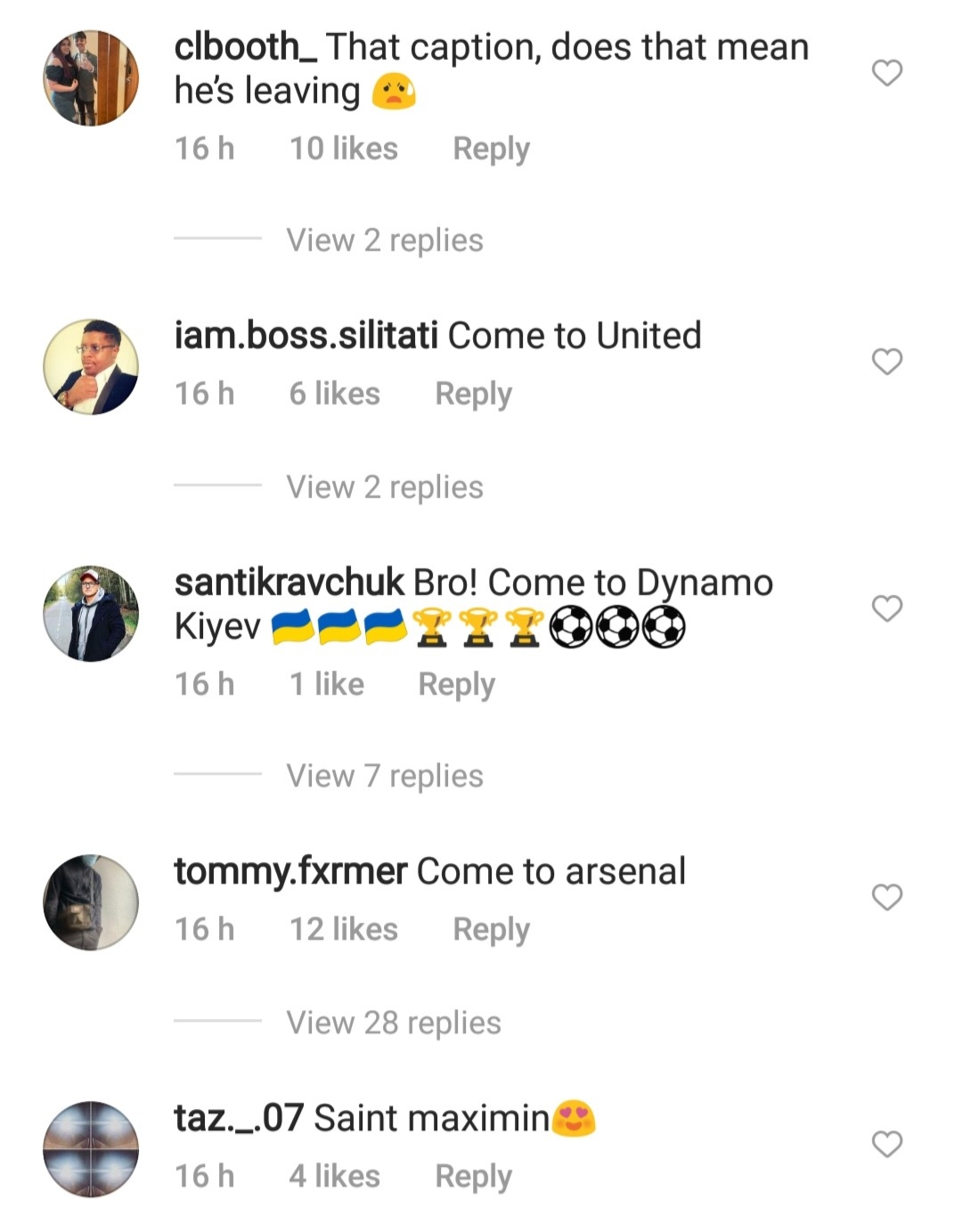 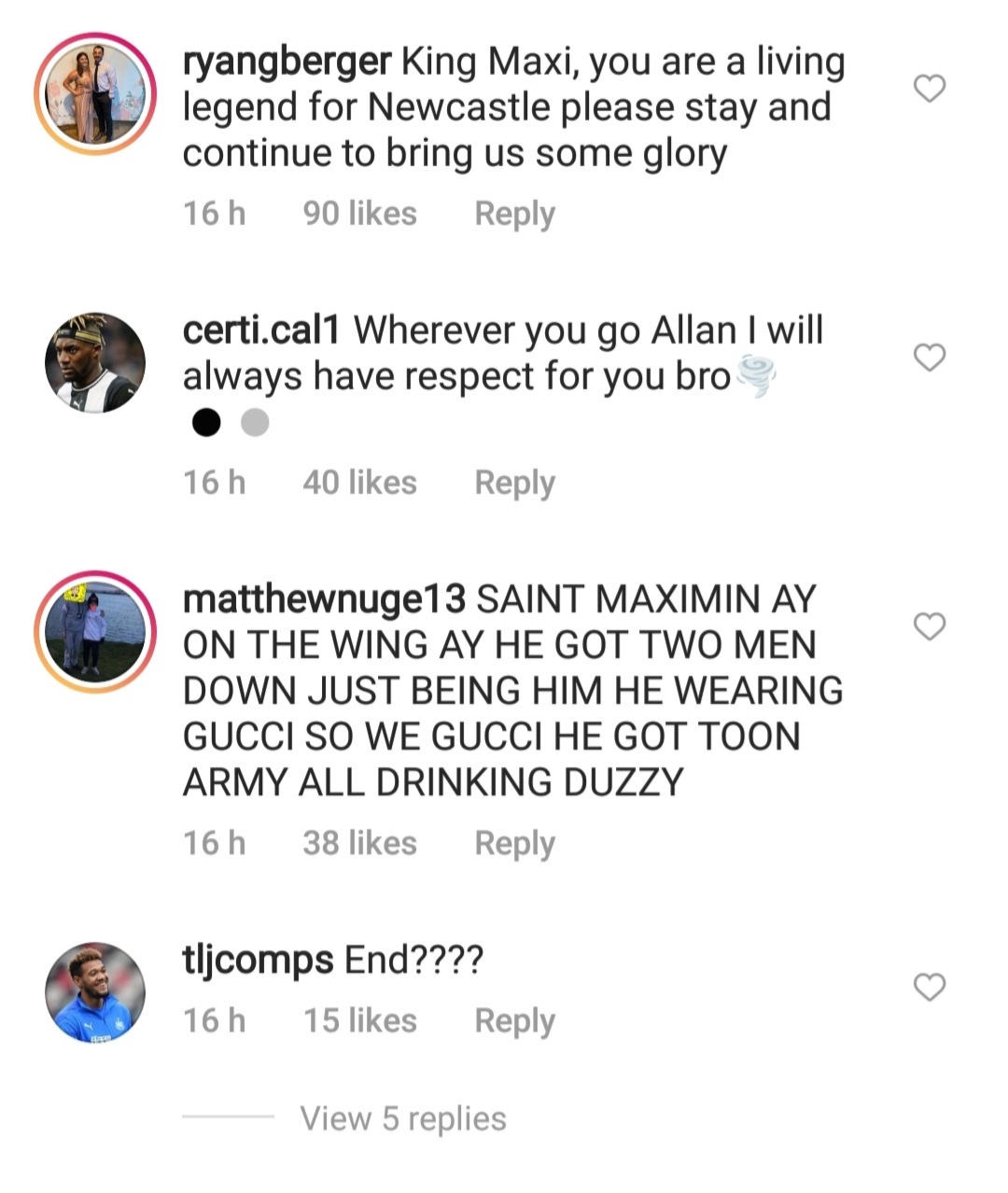 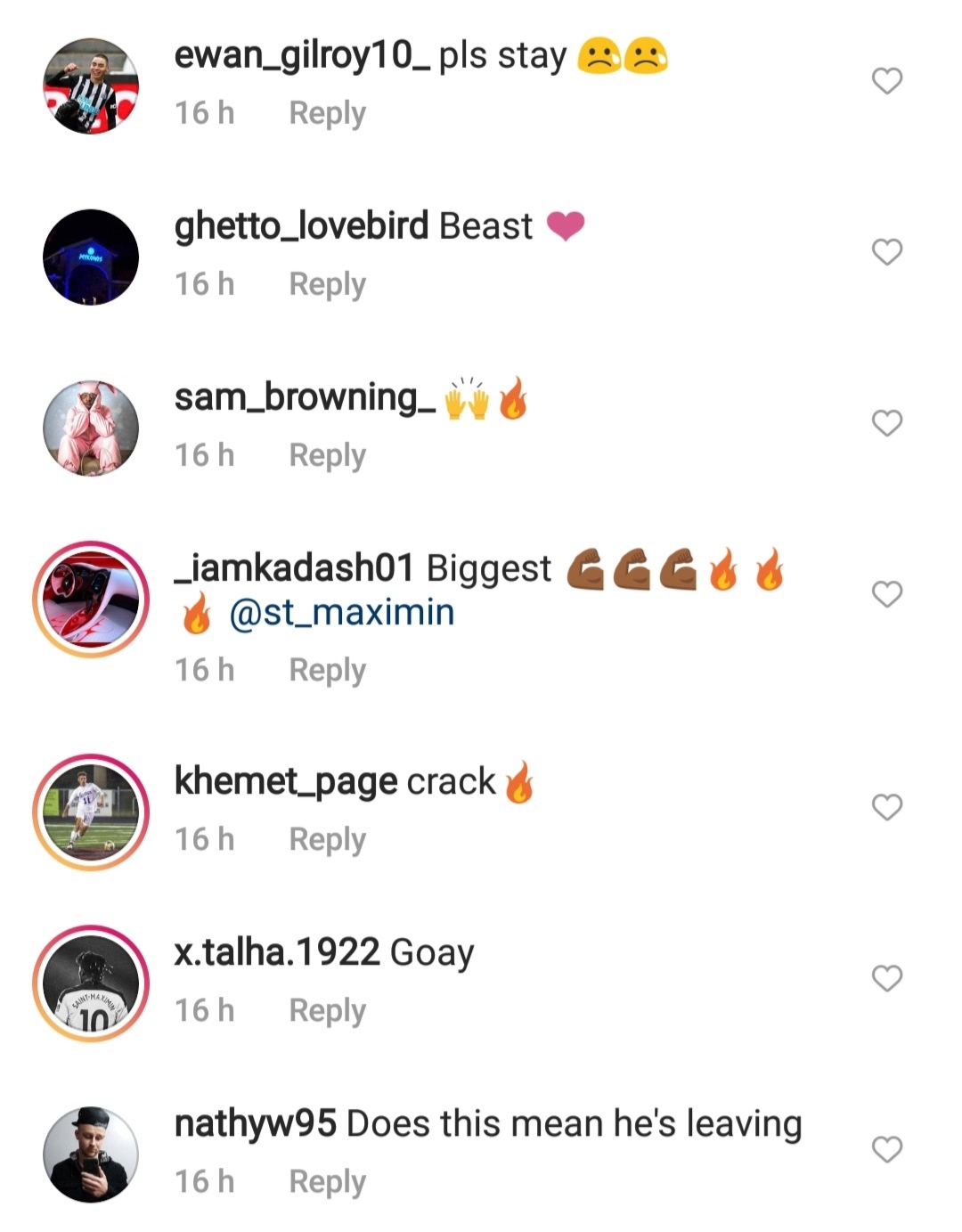 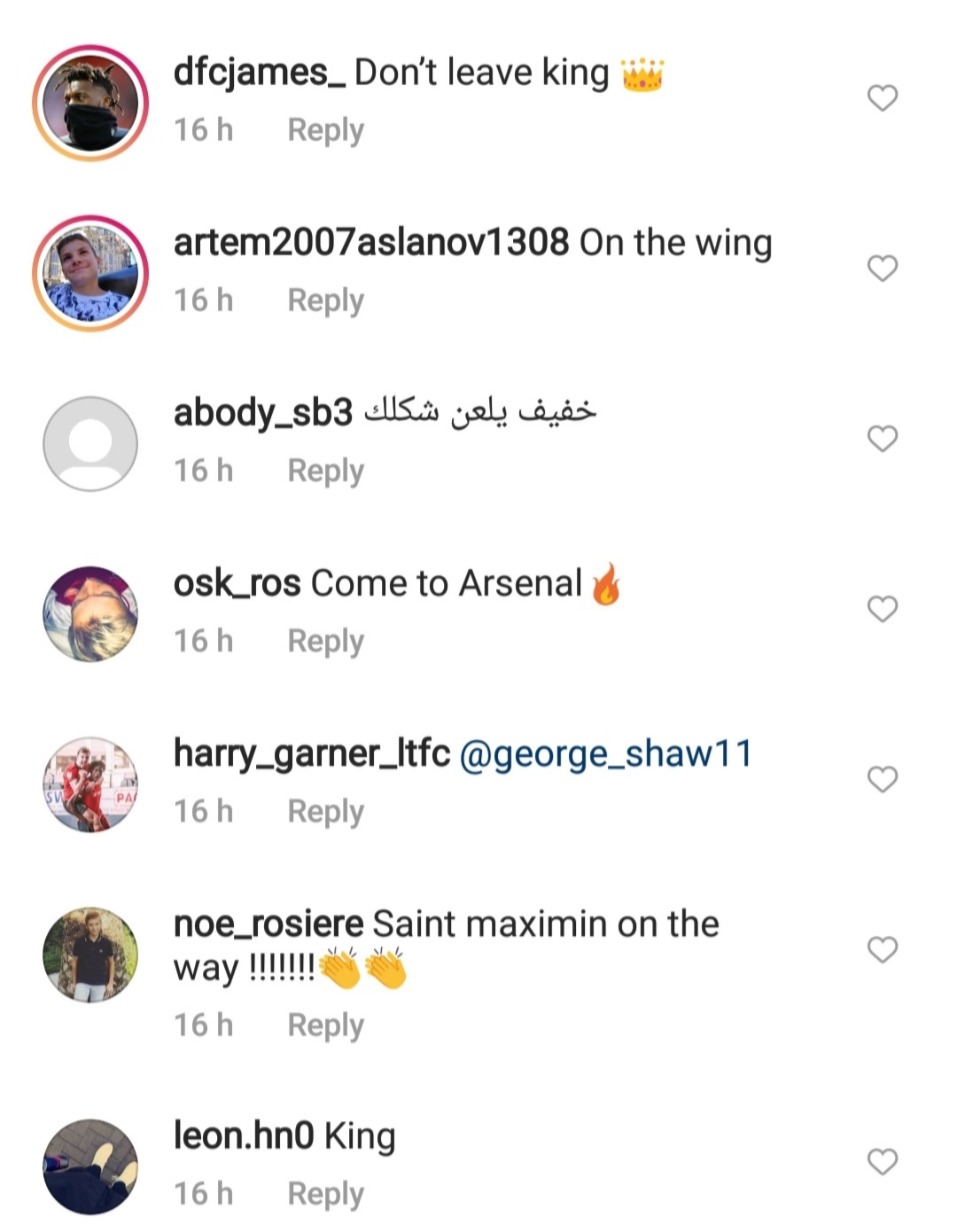 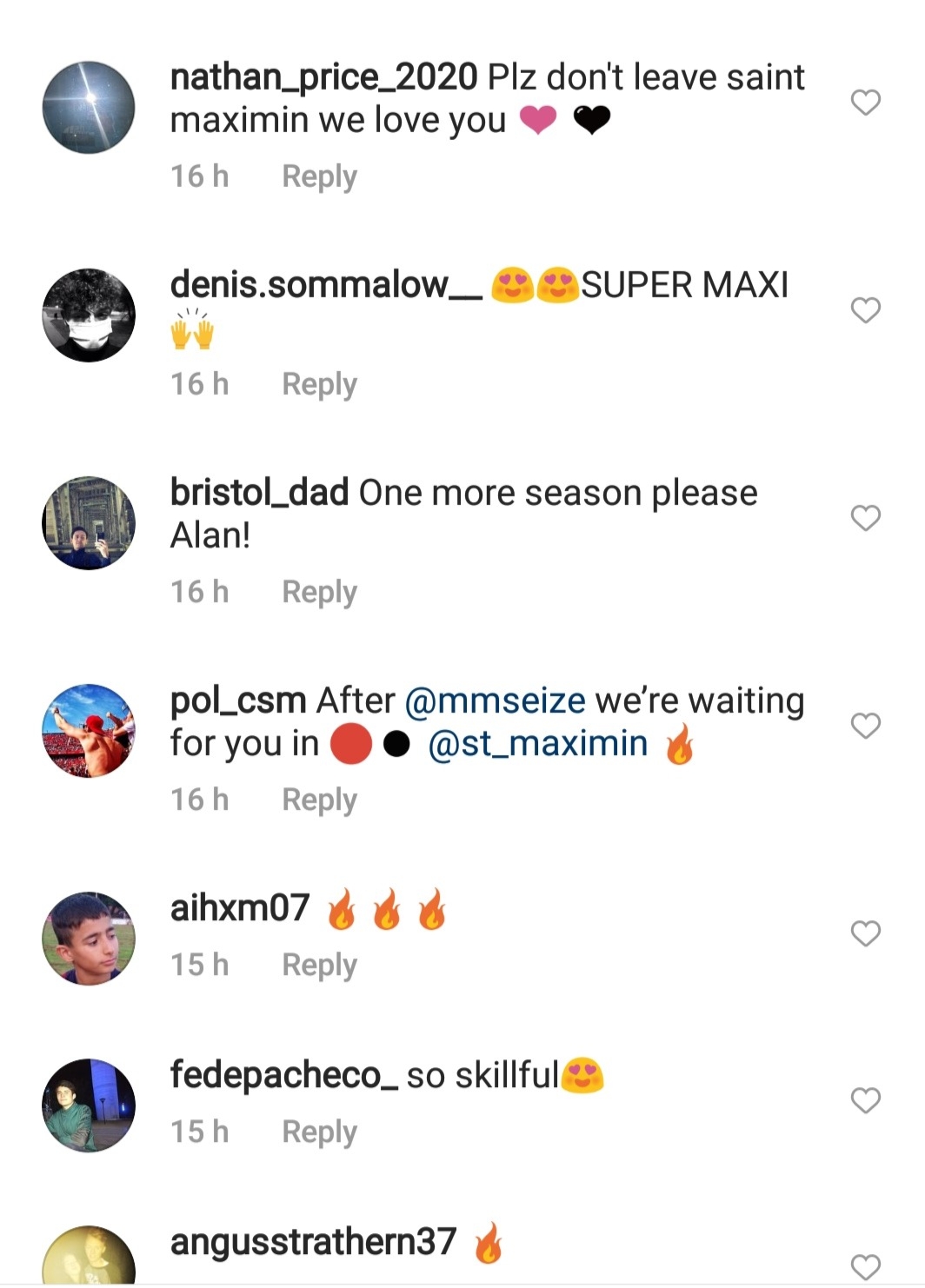 While Saint-Maximin would ideally love to play European football sooner rather than later, he has not done, posted or said anything to hint at an imminent departure.

The “End” on his post merely meant another season has ended, hence the need to share his highlights for the campaign, but their worries are understandable.

The Frenchman missed out on France’s Euro 2020 squad and will dream of forcing his way into next summer’s World Cup squad.

He will need to hit double figures for both goals and assists for Newcastle next season to have a chance of doing that, given the calibre of French attackers in Europe.

In other news, Newcastle fans react to what summer target posted on Twitter.