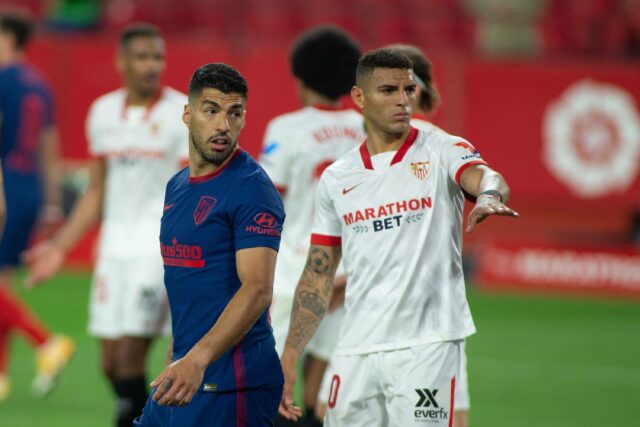 Newcastle United are keen on improving their defensive options before the January transfer window closes.

The Premier League side were heavily linked with a move for Sven Botman but Lille refused to sell the Dutch defender this month.

It seems that Newcastle have now moved on to other targets and they have submitted a bid for the Sevilla defender Diego Carlos.
According to a report from Sky Sports, the Premier League side are now currently awaiting a response from the Spanish club.
Carlos has been highly impressive for Sevilla since joining the club and he could prove to be a quality long term acquisition for the magpies.
Newcastle have been quite vulnerable at the back this season and they will need to tighten up in order to beat relegation. The Premier League side have conceded 42 goals in just 19 league matches and signing a top-class defender should be a priority for them before the window closes.
The magpies have been quite active in the transfer market and they have already secured the signing of Kieran Trippier and Chris Wood.
Sevilla are currently in a title race and it will be interesting to see if they are willing to weaken their squad midway through the season.

Meanwhile, the Premier League side are keeping tabs on the RB Leipzig midfielder Amadou Haidara as well.
According to a report from Daily Mail, the Premier League side are looking to pull off an ambitious move for the Bundesliga midfielder but his asking price could prove to be a major obstacle.
The report from Daily Mail claims that the total cost of a transfer for the midfielder could exceed £80 million including wages.
There is no doubt that Newcastle have one of the richest owners in world football but the transfer seems quite expensive and the magpies are better off looking elsewhere for more value for money signings.
The Bundesliga midfielder has been linked with a move to Manchester United as well and it will be interesting to see where he ends up eventually.
The 23-year-old has the technical ability and the physical attributes to succeed in English football and whoever ends up signing him will have a future star on their hands.
Join our Telegram channel to stay up to date on the latest in marketing