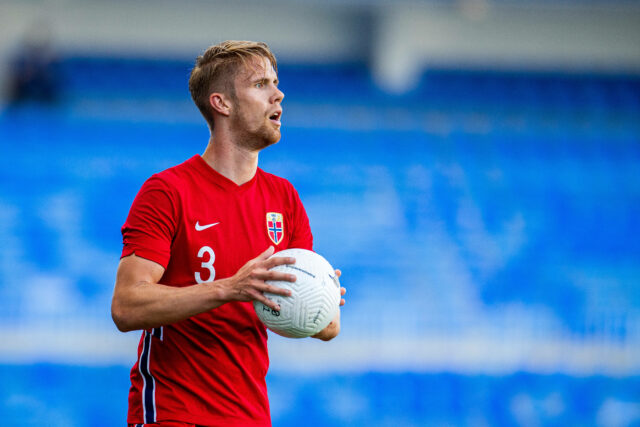 Newcastle United have not given up on their hopes of signing Kristoffer Ajer from Celtic this summer.

According to The Athletic, the Magpies remain hopeful that they can lure the Norway international to move to St James’ Park in the summer transfer window.

The 23-year-old is one of the most highly-rated defenders in the Scottish Premiership and has been one of the key players for the Bhoys in the past few seasons.

However, his contract expires in 2022, and the Hoops are ready to offload him now, with several clubs vying for his signature, including Newcastle.

The report claims that Norwich City and Bayer Leverkusen pose stiff opposition for his signature. Celtic are ‘anticipating’ an offer for him.

Newcastle have scouted Ajer extensively, and he is their first-choice target this summer. The player’s representatives are also aware of the interest from the Magpies.

Steve Bruce is looking to bolster his defence this summer, and Ajer would be a smart signing. However, Newcastle are also exploring other options.

Tottenham Hotspur’s Cameron Carter-Vickers and Schalke’s Ozan Kabak, who spent the last season on loan at Liverpool, are also being considered.

Alternatively, Newcastle could explore loan moves. They are interested in signing William Saliba from Arsenal on a temporary deal.

Bruce could also use his contacts at Old Trafford to solve the defensive crisis with Phil Jones, Axel Tuanzebe and Brandon Williams being targeted.