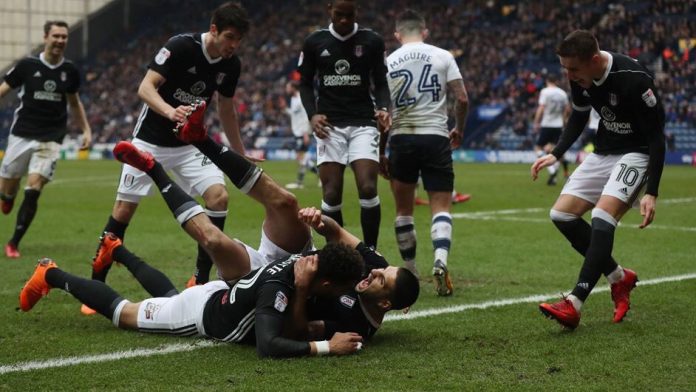 Aleksandar Mitrovic continued his excellent form with a match-winning brace against Preston at Deepdale last night.

The on-loan Newcastle striker helped his side make it four wins on the bounce. Fulham are now up to third in the Championship table.

Mitrovic joined the Londoners on loan in January and he has been an inspired signing so far. The 23-year-old has managed to score 7 goals in 8 appearances for Jokanovic’s side so far.

The away side had a couple of good chances to go ahead in the first half but Mitrovic failed to find the net. The Serbian made up for his first-half miss with a goal in the 69th minute.

The 23-year-old fired in from Cyrus Christie’s cross from 12 yards out. Maguire got the home side back on level terms in the 76th minute but Mitrovic’s injury-time winner sealed a fantastic away win for Fulham after Cairney’s cross found the Serbian at the back post.

Here is how the Newcastle fans reacted to Mitrovic’s display last night.

Wish Rafa would rate him but he doesn’t seem to like him. Are y’all slated for promotion this year?

He’s also scored in the premier league has our best goals per minute ratio in prem and scores international as well. But hey ho u must be about 12 with a rafa picture as ya profile pic so we can let you off

Tidy finish that! Wish Rafa had made more us of him as a focal point in attack. Certainly knows where the net is