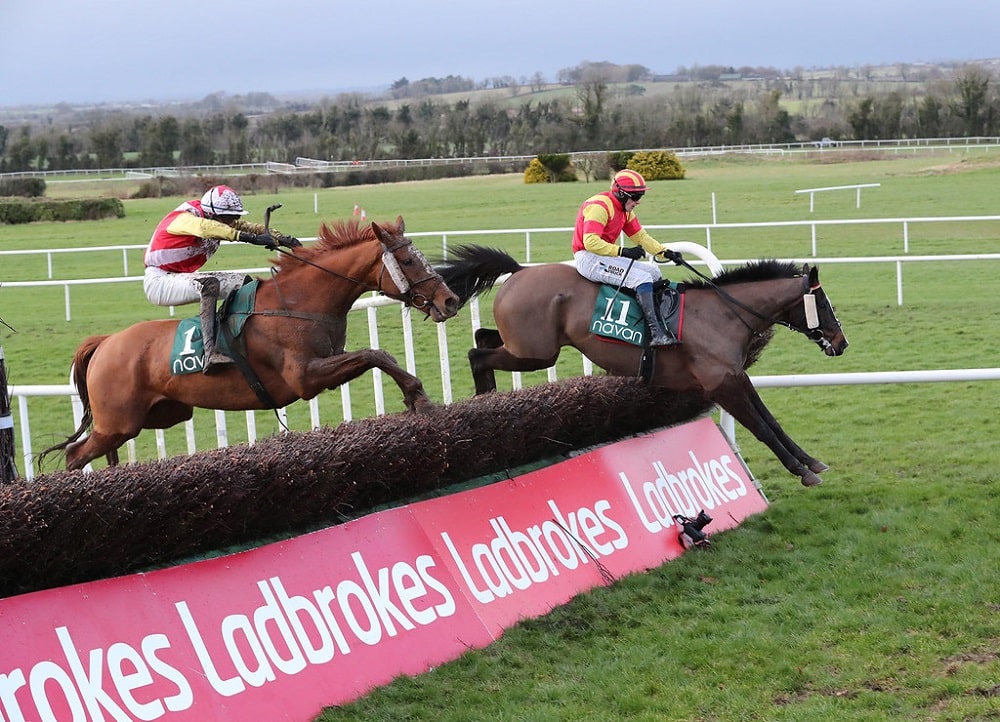 Navan races over jumps are back this Sunday with their first meeting of the core Irish National Hunt season. The card includes three graded races, headlined by the Lismullen Hurdle and Fortria Chase. Get Navan tips from the SportsLens experts who follow all the action in the Emerald Isle.

Gordon Elliott runs two in the same ownership and has won the 2m Grade 3 For Auction Novice Hurdle three times in the last five seasons. The form of Boothen Boy’s maiden win at Downpatrick has been franked by the runner-up, Dads Lad, coming out and going one better. There’s a sense, however, that both he and stable companion Chemical Energy will be better over further, especially on breeding.

The latter is already a course winner at Navan races but at 2m 4f. Using the third home that day, Filey Bay, as a form marker, My Mate Mozzie looks better suited by this trip. Trained by Gavin Cromwell, this five-year-old Born To Sea gelding is three from four career starts. His only defeat came on the Flat after winning a Point and bumper.

My Mate Mozzie jumped well and made all in a Punchestown maiden last month. He easily beat useful Flat performer Barbados by eight lengths. It was a very taking bow over the smaller obstacles. Joseph O’Brien runner San Salvador must prove he’s no worse for a fall at Tipperary last time out, while the Henry De Bromhead yard need Serenity Grove to bounce back. My Mate Mozzie is 11/8 with William Hill to follow-up here.

Back My Mate Mozzie with William Hill

Next up in our Navan tips is the 2m 4f Grade 2 Lismullen Hurdle with Elliott again boasting a superb recent record. Cullentra House has sent the winner out in three of the last four seasons. The clear pick of the stable’s pair in the race this year is Sire Du Berlais, who is better off at the weights with Stayers’ Hurdle conqueror Flooring Porter.

Now a nine-year-old, the JP McManus owned Poliglote gelding won this first time out 12 months ago. Sire Du Berlais is back for a repeat bid. Getting 2lb from Flooring Porter here may make all the difference, according to horse racing betting sites that price the race up. Both horses have progressed out of handicaps, yet this trip may suit Elliott’s charge better than the Cromwell runner. That is reflected by first show odds of 11/8 for Sire Du Berlais and 2/1 about Flooring Porter.

Sams Profile is back over hurdles for Mouse Morris and remains a dark horse. He probably hasn’t taken to fences but did win in this grade last season when landing the Galmoy Hurdle at Gowran Park. The future may lie in this sphere for the seven-year-old son of Black Sam Bellamy. Sams Profile has good form over both sets of obstacles, so looks an each way play at 11/2 against the big two in the betting.

Back Sams Profile each way with William Hill

The 2m Grade 2 Fortria Chase is match on paper and all known form between Gigginstown House Stud duo Notebook and Samcro. First time out may be just when to catch the former. Trained by De Bromhead, Notebook is an eight-year-old Samun gelding who has won on reappearance over fences in each of the last two seasons.

Cheltenham doesn’t suit this horse and he found open Grade 1s too hot to handle last term. However, now eased from elite level, Notebook may have found a nice opportunity to resume winning ways. He beat subsequent Ryanair Chase runner-up and Melling Chase hero Fakir D’Oudairies first time up in the Poplar Square at Naas 12 months ago.

Samcro, meanwhile, has become an enigma. Elliott puts first-time blinkers on the nine-year-old Germany gelding. They will need to spark some life back into him, though. It is only two wins in nine starts over the last couple of years for Samcro. Despite top weight and odds of 8/13, Notebook is one to be on at Navan races off a 160 rating.

Back Notebook with William Hill