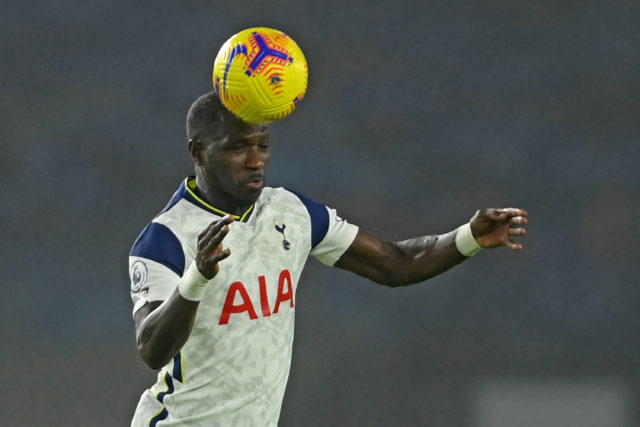 Tottenham Hotspur midfielder Moussa Sissoko has said that he is not sure whether he will continue at the club beyond the end of his contract.

The French midfielder joined Spurs in 2016 and has made 190 appearances in all competitions for the north London club.

The versatile central midfielder, who can also play on the right-hand side, has made 18 appearances in the Premier League this season. He has also featured in the Europa League, League Cup and the FA Cup.

Sissoko has suggested that he will let his agent deal with his contract situation.

The 31-year-old, who is on £80k-per-week wages, has a contract at the club until 2023 and he has suggested that ‘things can go very quickly in football’ although he wishes to continue.

Many Spurs fans have taken to Twitter to express their reactions. It seems Spurs fans feel that he should be sold.

One thing about Moussa Sissoko is that he's the ultimate professional, started his career here very poorly and slowly worked his way up to being a pivotal part of our midfield for many years as well as in the dressing room.

Epitomises the rapid decline and mistakes of our club perfectly.

Huge fee for an average player at best

Terrible footballer who on Earth scouted him

Get out. Not good enough. Didn’t track his man 2 mins after coming on the other night. What kind of mentality is that

Sissoko has claimed that he has offers on the table, so chances are high that he will leave the club before the end of his contract.

The former Newcastle United midfielder has done well in recent years, but he has never reached the heights everyone expected him to attain. Nevertheless, he is a very good squad player.

However, Spurs should be looking to bolster their midfield and bring in more quality players in the summer transfer window.

The north London club could engage in a massive rebuilding process where several players (the high earners) could be shipped out, and Sissoko may be one of them.