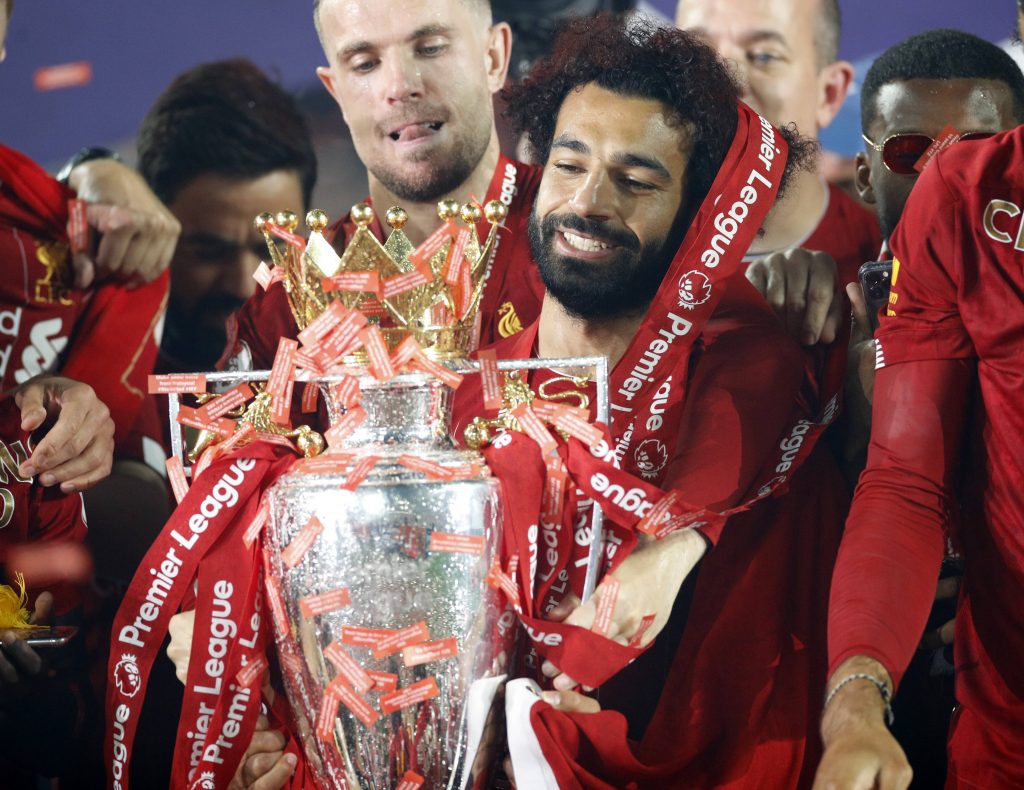 Speaking to Sky Sports ahead of Liverpool’s showdown against Manchester United on Sunday, Mohamed Salah says the club are yet to open contract talks with him regarding a new deal.

Salah’s current contract at Anfield runs until the summer of 2023, but the Egyptian says there are currently no plans in place for an extension.

He said: “No one is talking to me about that, so I can’t say much about that.

“No one in the club is talking to me about anything, so I do not know.”

Despite previously hinting that his future could lie in Spain, the 28-year-old reiterated he has his eyes firmly set on winning more trophies with the Reds.

“It’s a great thing to win – I’m just trying to win it again and again. Part of our job is to win trophies.”

SL View: Penning Mo Salah to new deal must be number one priority for Liverpool

Since arriving from Roma in 2017 for a then club-record transfer fee of £35 million, Salah has gone on to score 120 goals in 193 matches across all competitions.

The Liverpool talisman was influential in ending the Reds’ 30-year wait for a league trophy in 2020, finishing the season with 19 Premier League goals and 10 assists.

The fan favourite also scored five goals in his side’s Champions League-winning season in 2019, including one in the final against Tottenham Hotspur as Liverpool secured their sixth success in the competition.

Salah has deservedly secured a place for himself in the Liverpool history books, playing a major role in bringing glory back to Merseyside after a period of decline since Rafael Benítez’s departure in 2010.

Despite a thoroughly underwhelming title defence during this season’s Premier League campaign, Salah is still battling it out for the Golden Boot award, with his 21 league goals just one fewer than Harry Kane’s 22.

Liverpool will be desperate to hit the ground running when the 2021/22 Premier League campaign kicks off in August, and there can be no doubt that Salah will be vital in the Red’s push for major honours.

The 2018 PFA Player of the Year has provided the Liverpool faithful with plenty to cheer about during his five years at Anfield, and they will be eager to bellow out his name in the Kop as fans are gradually allowed back into stadiums this summer.

Although there is no questioning the overwhelming love Salah receives from the Reds’ supporters, it couldn’t be more vital for Liverpool to ensure their star player feels the same affection from the club’s hierarchy.

Salah must feel a strong sense from the club that he is central to Liverpool’s future success, so he can continue to grace the Premier League with his indisputable brilliance.