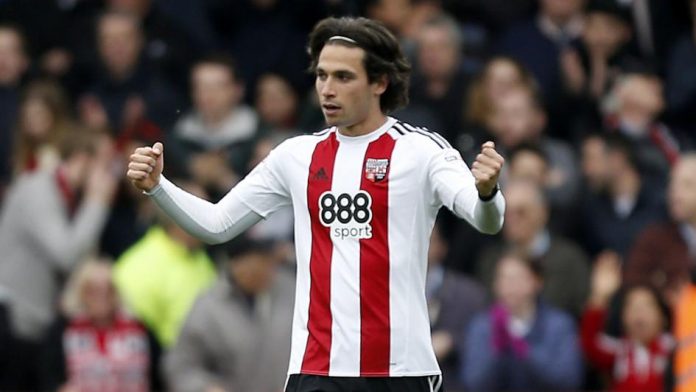 Middlesbrough are expected to up their offer for Brentford midfielder Jota after having an initial £4.5 million bid rejected.

THe 26-year-old is about to enter the final year of his contract with the Bees, but the London club are holding out for a fee of around £8 million.

Jota has been a pivotal figure in Brentford’s progress over the past few seasons, scoring 23 goals in 77 appearances for the club.

Brentford want Jota to sign a new deal at Griffin Park, but if he does leave they would rather not sell to a Championship rival.

West Ham, Newcastle and Brighton have all been linked with a move for the player, but Middlesbrough are the only club to table a bid.

Sportslens takes a look at the reaction to Middlesbrough’s opening offer for Jota.

Jota & Flint would be incredible signings to end the window & both would add goals to our squad.

You have one job @boro so get it done.

Jota will be a class signing for Boro.

Would love to see #Boro sign Jota, a clever, technical little player who would add to creativity. CB surely more pressing though?

Assombolgla, Traore,Jota and Braithwaite is one hell of a front 4