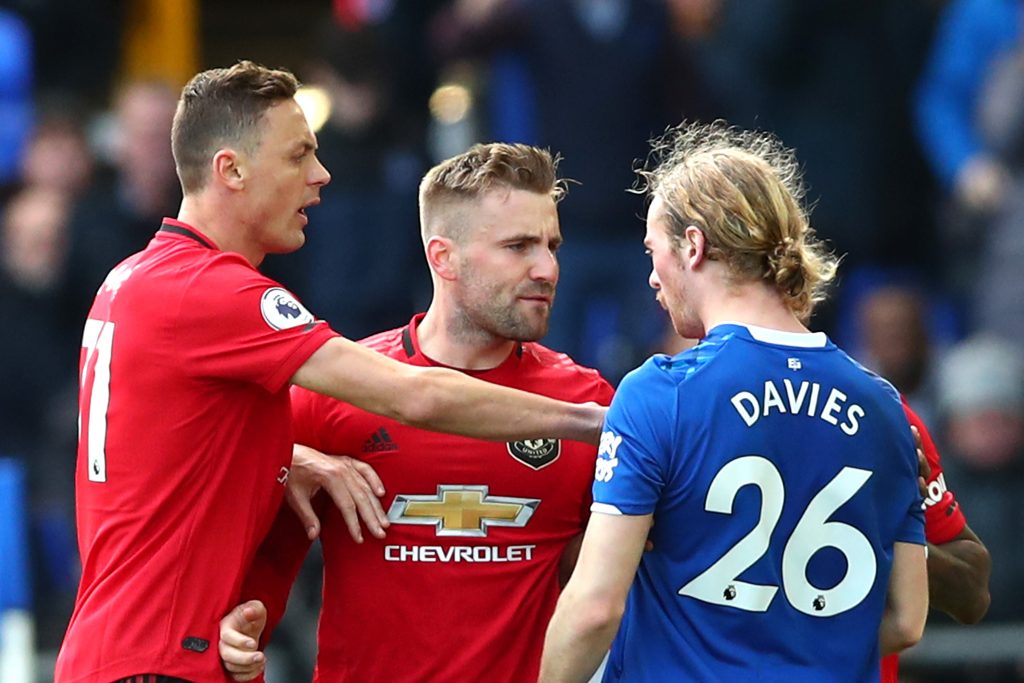 Tom Davies impressed during Everton’s 1-1 draw against Manchester United on Sunday in the Premier League.

The 21-year-old was drafted into the starting line-up by Carlo Ancelotti, and according to former player Michael Ball, his inclusion in the side came as a ‘bit of a shock’.

Ball has showered praise on young Davies saying he is a ‘very talented player’ whose ability on the ball is ‘really good’. He has hailed Davies as a ‘top player’, adding everyone at the club is rooting for him ‘to get better and better’ with every season.

“It was a bit of a shock that Tom Davies came back in against Manchester United,” wrote Ball for the Liverpool Echo.

“Tom is a local lad and we’re all rooting for him to go on and do good things. He’s obviously a very talented player and his ability on the ball is obviously really good.

“He’s a top player and as a local lad we’re rooting for him to get better and better as we grow as a club.”

With Morgan Schneiderlin out injured (and he could be out for a lengthy spell), the door may have just opened for Davies, who is on £25k-per-week wages at the club, to cement a regular starting place in the side.

Davies is a fine talent, but he needs to be consistent on a regular basis. Obviously, he must have worked really hard in training, and as a result, was given the opportunity by the Italian boss.

The central midfielder has made 14 starts in the Premier League already this season, and further six have come from the bench.

It’s a big season for Davies who hasn’t been at his best so far. His performance since the turn of the year hasn’t been eye-catchy, although he did well against the Red Devils.

Davies is a ‘sitting midfielder’ who likes to dictate the tempo of the game. His calm presence and control over the ball allow him to do so. At the same time, he is equally adept playing as a floating midfielder, and Ball feels that is probably the reason for his downfall as well.

Ball added: “I think Tom is more comfortable as a sitting midfielder and when he has the ball in front of him and not with his back to goal but he has the ability to do both.

That’s probably his downfall. His ability in midfield, he can play both positions, but he’s at the point where people have to question where his best position is and he needs a run of games in a certain position before we’d be able to find out where that is.”

It remains to be seen how Ancelotti uses the talented midfielder, but he needs to play at a stretch. He has been in and out of the team, and that may have hampered his confidence.