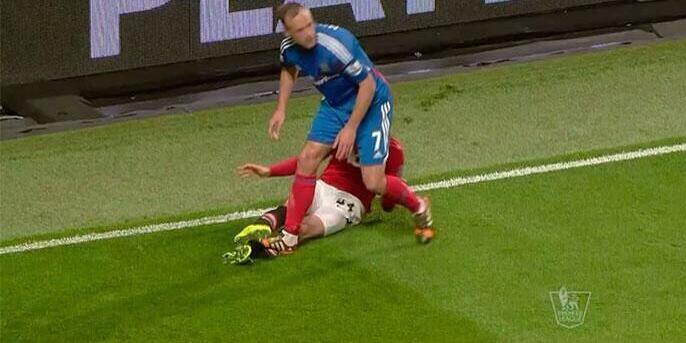 Hull City midfielder David Meyler faces being banned for the FA Cup final against Arsenal later this month after the Irish international appeared to stamp on Manchester United youngster Adnan Januzaj during his side’s 3-1 defeat at Old Trafford. 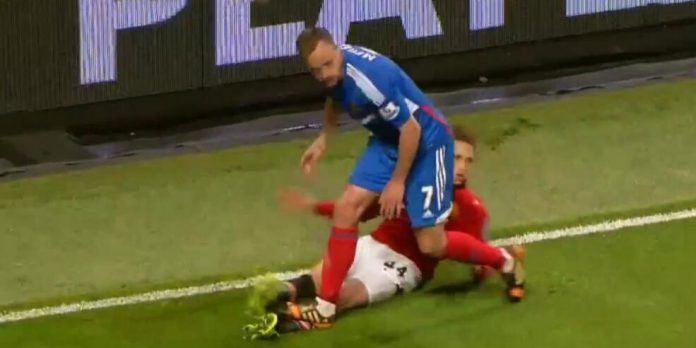 With the seconds ticking down in what was essentially a dead-rubber affair, Meyler seemed to callously stamp on Januzaj as the pair tussled for possession near the touchline.

The incident was missed by match officials, but the FA is expected to step in on Wednesday, and if referee Craig Pawson confirms that he and his team did not see it, Meyler could face a lengthy retrospective ban for his actions, a ban that would surely rule him out of the FA Cup final on May 17th.

Manchester United manager Ryan Giggs revealed the damage done by Meyler after the match, calling the lack of protection on his young star ‘a joke’:

‘I didn’t see it but I’ve seen his leg. It’s the second time it has happened to him this season,” Giggs told the Daily Mail,

“It’s not great to see; it’s terrible, his leg. He needs protecting and the authorities need to stamp down on it. It’s a joke.

“He’s not cut into the skin, but you can see the mark from his knee to his ankle.”

What do you think? Should Meyler be banned? Was this a deliberate stamp? Let me know your thoughts in the comments below…