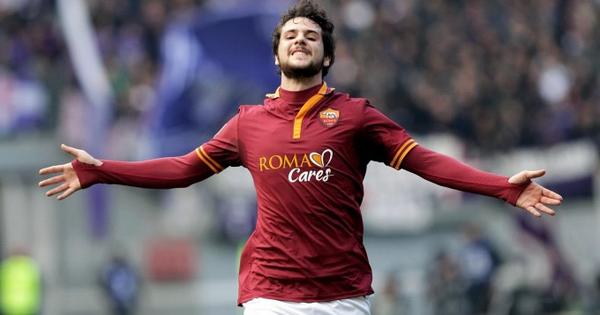 According to la Gazzetta dello Sport, Italian striker Mattia Destro has completed his loan move from AS Roma to Bologna.

Premier League club Norwich City were believed to be close to signing the 24-year-old, but Destro chose Bologna as the next step in his stop-start career. He is due to sign a five-year deal worth €1.5 per season with the Rossoblu.

Although Destro still features in Roma’s official website as part of their squad as both clubs are yet to officially confirm the move, he took to Twitter yesterday to express his delight at joining Bologna, and has vowed to give his all for his new club.

In a Twitter post, the striker said: “From today begins my new adventure with #Bologna, I will give all to repay your trust! Arrivoooo! #weareone #gol #assist”

Destro spent the second half of the 2014/15 season on loan at AC Milan, and scored three goals in 15 appearances for the Rossoneri.

Roma brought in Edin Dzeko from Manchester City earlier this summer to bolster their attacking ranks, which meant they were willing to let Destro leave for regular first team football.

Destro scored 13 goals in 20 Serie A games for Roma in an injury-plagued 2013/14 season. His prolific record in front of goal attracted interest from Chelsea and Wolfsburg, but he failed to recapture his goalscoring touch the following season.

He will become Bologna’s 12th summer signing and will be expected to fire the newly-promoted club to safety, as well as making his own mark to secure his place in the national team ahead of Euro 2016 next summer.