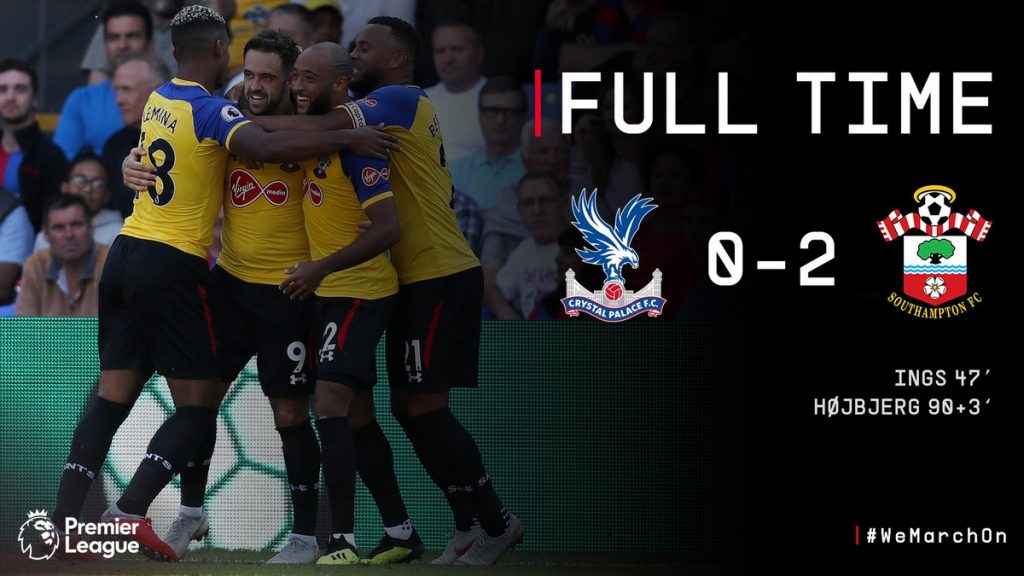 Southampton earned their first win of the Premier League season after winning 2-0 against Crystal Palace on Saturday afternoon.

Danny Ings and Pierre-Emile Hojbjerg scored for the Saints as they picked up all three points at Crystal Palace.

After the match, Southampton legend, Matt Le Tissier took to social networking site Twitter to express his reaction. And he seems very happy with the result.

Ings, who joined the Saints on loan from Liverpool in the summer, scored his second goal of the campaign in the 47th minute after latching on to a pass from Cedric Soares.

The Saints should have gone 2-0 up on the hour mark, but Charlie Austin missed a penalty.

However, in the dying seconds of the match, Hojbjerg scored for the visitors to put the game beyond any doubt.

It was an end to end game, with Southampton registering 19 shots of which they managed to keep six on target.