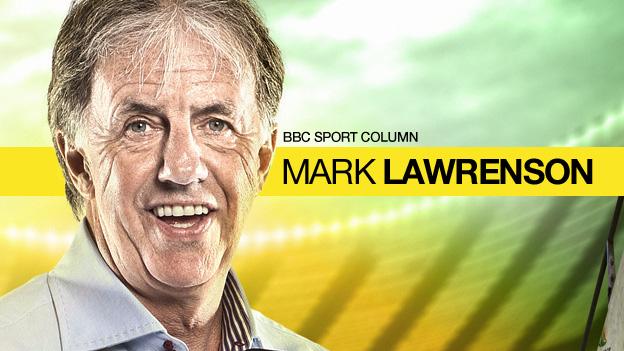 Ahead of this weekend’s​ Premier League clash, Mark Lawrenson tips Everton and Sunderland to pick up full three points from their respective games.

Everton face Burnley at Goodison Park on Saturday while the bottom club Sunderland welcome Slaven Bilic’s West Ham at the Stadium of Lights.

In the corresponding fixture, Burnley defeated Everton at Turf Moor thanks to a last minute-goal from Scott Arfield. However, Lawro predicts that it will be extremely tough for the Clarets to repeat the same heroics.

Burnley remain the only side in the Premier League who are yet to win a single game away from home. They are up against Everton who have won seven league games in a row at Goodison since their only home defeat against Liverpool in December.

The former Liverpool defender predicts that Everton will win 2-0, and he hopes Ross Barkley to be impressive during the game.

“I think Everton’s excellent run will continue – and maybe Ross Barkley will deliver the knockout blow,” he said to BBC Sport.

West Ham ended their seven games winless run last weekend after winning 1-0 against Swansea City and probably have done enough to secure themselves from the threat of relegation.

Sunderland are rock bottom in the Premier League and 10 points away from safety. The Black Cats are almost certain to go down, and must win this game in order to have any chance of a potential escape.

David Moyes’ side have picked up just one win in their last 16 games, and are winless in their last seven. However, Lawro believes that Sunderland will win this game because it is their last desperate throw of the dice.

“I actually think the Black Cats will win this game, because they are at home and it is basically the last throw of the dice,” said Lawrenson to BBC Sport.

“It is like a cup final for Sunderland because they have to win it. Like I have said before, though, they don’t just need one victory to save themselves now, they need three or four.”

He predicts a 2-1 victory for the Black Cats.