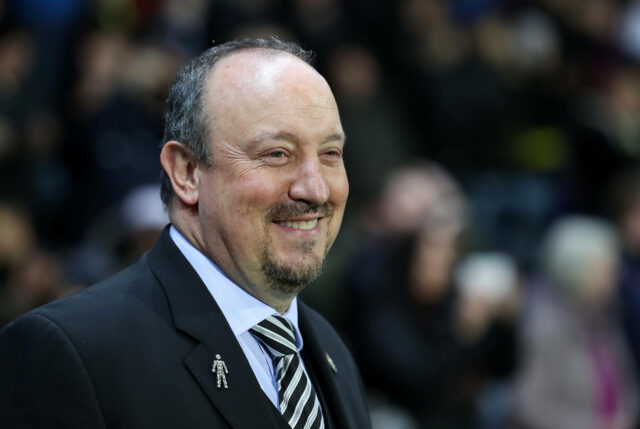 The brand new Premier League 2021-22 season is underway, and Everton will take on Southampton at Goodison Park on Saturday.

Popular football pundit Mark Lawrenson has predicted a 1-0 victory for the home side.

The Toffees will start their new campaign under Rafael Benitez. Carlo Ancelotti left the club in the summer to join Real Madrid, and the Toffees have appointed the former Liverpool manager after holding talks with a host of candidates.

The Spaniard is not a popular choice due to his previous connection with the Reds, and he needs to start with a win and earn confidence among the fans.

Lawrenson said to BBC Sport: “This is a big game for Everton because it’s Rafa’s first as manager, and the crowds are back which should help.

“There are going to be people there who don’t want him in charge, but he is a very good manager, and I’m expecting him to start the season with a win.”

Meanwhile, five Everton players including James Rodriguez are isolating because of coronavirus issues and will miss the game.

The 30-year-old midfielder is yet to play in front of Everton fans since he signed in September 2020 because of pandemic crowd restrictions.

Richarlison, who returned from the Toyko Olympics after winning gold with Brazil, and Dominic Calvert-Lewin are available for selection.

Southampton have replaced Danny Ings with Adam Armstrong this summer, and he could prove to be a smart piece of business.

Armstrong has been a proven goalscorer in the Championship but needs to raise his game in the top-tier of English football.

“I’ve seen Armstrong in the Championship, and he has a lovely knack of scoring when you feed him properly.

“But at that level teams make a lot of mistakes, and he does not seem to me to be the kind of player who makes his own chances.”