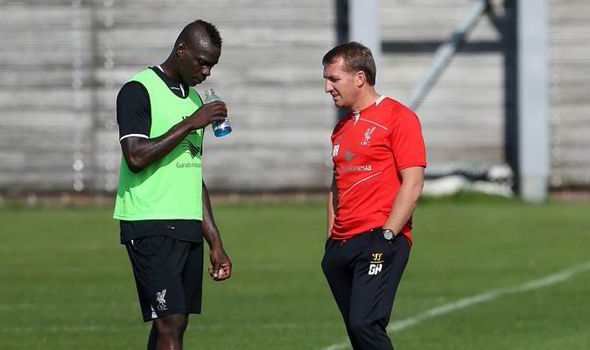 Liverpool striker Mario Balotelli has completed his loan move to AC Milan after just one season at Anfield. The Italian had a miserable time on Merseyside, managing to score just once in the league in the whole season.

On his arrival to the San Siro, he was obviously asked about why his tenure with Liverpool didn’t go according to plan. The striker questioned some of the tactics used by the Reds manager, stating that the formation adopted by the Northern Irishman didn’t do him any favours whatsoever.

The Guardian here relays the comments Balotelli made to Gazzetto Dello Sport, with the 25 year-old quoted as saying, “I must accept my faults but the formation chosen by Rodgers was not suited to my characteristics.

At the beginning I missed several easy chances, then I had fewer chances to score, a bit of bad luck, injuries. A mess of things.”

The system adopted at Liverpool sees only one out and out centre forward being accommodated in the side. Balotelli’s strengths show only when he has support alongside him up front. He often got isolated last season, and only showed glimpses of his best form when someone like Rickie Lambert or Daniel Sturridge came on to play with him rather than as a replacement for him.

At Manchester City, where he spent 3 seasons between 2010 and 2013, he had a much better goal average. This can be attributed to the fact that he nearly always had either Sergio Aguero or Edin Dzeko up alongside him. This gave him more opportunities to find space in and around the target man, and get into goalscoring positions.

This issue was raised by Balotelli in the middle of the season as well, as this report from The Telegraph from October shows.

He was, not too long ago, touted as one of the hottest young prospects in the whole of Europe, when he burst into the scene with Inter Milan in 2007. He has failed to live up to the hype though, as the £16 million price tag with which he arrived at Liverpool last summer. Now, after a season to forget, his value has dropped further.

Balotelli though, has been at his best during his time in Italy, scoring 30 goals in 54 appearances for AC Milan between 2012 and 2014. But, after a lukewarm stint at Manchester City and a downright terrible one at Liverpool, we may well have seen the last of him in England.