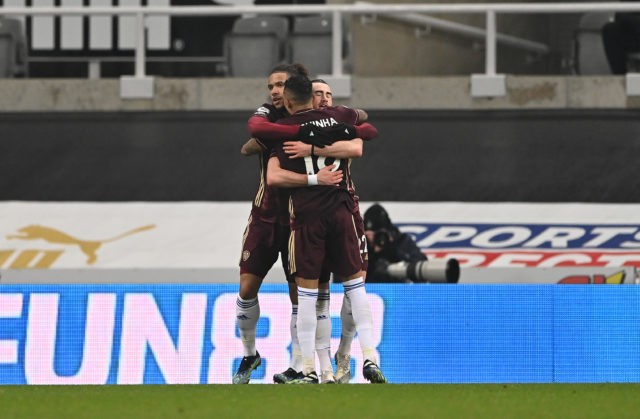 Leeds United boss Marcelo Bielsa has praised Tyler Roberts and Mateusz Klich for their efforts during the Whites’ 2-1 win against Newcastle United on Tuesday night.

It wasn’t a pleasing performance from Leeds but they did just enough to pick up all three points. Raphinha and Jack Harrison scored for the visitors either side of a Miguel Almiron finish to inflict Newcastle’s fifth defeat in a row in the Premier League.

Bielsa admitted in the press conference that his side did not play well in the final 20 minutes of the game, suggesting that Newcastle could have scored an equaliser.

Roberts and Klich came on as a sub in the second half, and they were forced to do a lot of defending.

Bielsa has suggested that both Klich and Roberts are creative players, but they had to defend a lot and help the team out.

The Argentine said, as quoted by Leeds Live: “They came on in the game in a very difficult moment. After the Harrison goal, we lost the ball. We only managed to recover the ball in the last five minutes of the game.

“The general line played well. Tyler Roberts and Klich were forced to defend more than they could attack. What they bring to the team is more creative rather than defensive.

“Of that half an hour that they played, 20 minutes of that we had to defend a lot.”

Leeds lost their previous three games in all competitions prior to this match, and they looked really nervous at times, especially towards the end.

Normally we associate an expansive, attacking and gung-ho approach from Bielsa’s side, but they did a fantastic job in preventing Newcastle from getting a point.

Earlier this season, Leeds have been criticised for being naive, but it seems they are gradually learning to grind out results as well.

However, the Whites suffered a massive blow after Diego Llorente – who recently returned to full fitness – picked up a hamstring injury on his first start for the club.