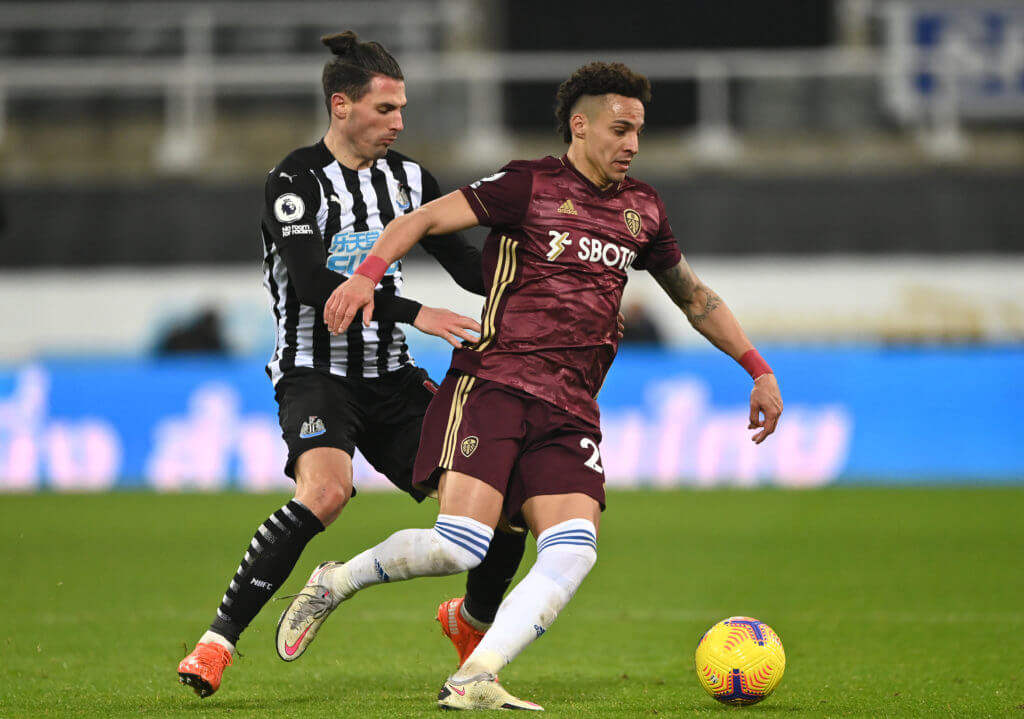 Leeds United returned to winning ways with a 2-1 win over Newcastle United in the Premier League at St James’ Park on Tuesday.

Raphinha and Jack Harrison scored on either side of a Miguel Almiron finish and sealed the game in Leeds’ favour.

It was Newcastle’s fifth defeat in a row in the Premier League and the Magpies have now picked up just two points from the past 27 available to them.

It wasn’t a spectacular performance from the Whites but they did just enough to pick up all three points.

Raphinha and Pascal Struijk were outstanding for Marcelo Bielsa’s side. Rodrigo was also brilliant on the night and Leeds fans took to Twitter to express their reaction to the Spaniard’s performance. Here are some of the selected tweets:

His passing was quality tonight. Probably his best performance for us.

Agreed! Just in general we look too relaxed and lazy on the ball at times. We cut out playing ourselves into trouble and maybe go with 2 up top points should keep rolling in

More to come from him. Raphinha superb. Struijk comfortable at the back. Big gaps in the midfield at times

Class on the ball like especially on that half turn

Rodrigo finding Raphinha in space a few times was a joy

He was his best game tonight

He looked a lot better tonight. Some of his passing was superb.

yeah he was awesome! motm for me

The 29-year-old, who joined in the summer transfer window on a club-record transfer fee, has scored three goals and provided one assist in 17 Premier League appearances this season.

Rodrigo is getting better with every game, and his link-up with Raphinha has been very impressive.

The former Valencia forward provided the assist for Raphinha’s opening goal. He was also involved in a late altercation with Fabian Schar, with Phil Hay suggesting that there was no ‘spitting’ incident involved.

The victory came at a cost, though, with Spain international centre-back Diego Llorente limping off less than 10 minutes into his full debut.