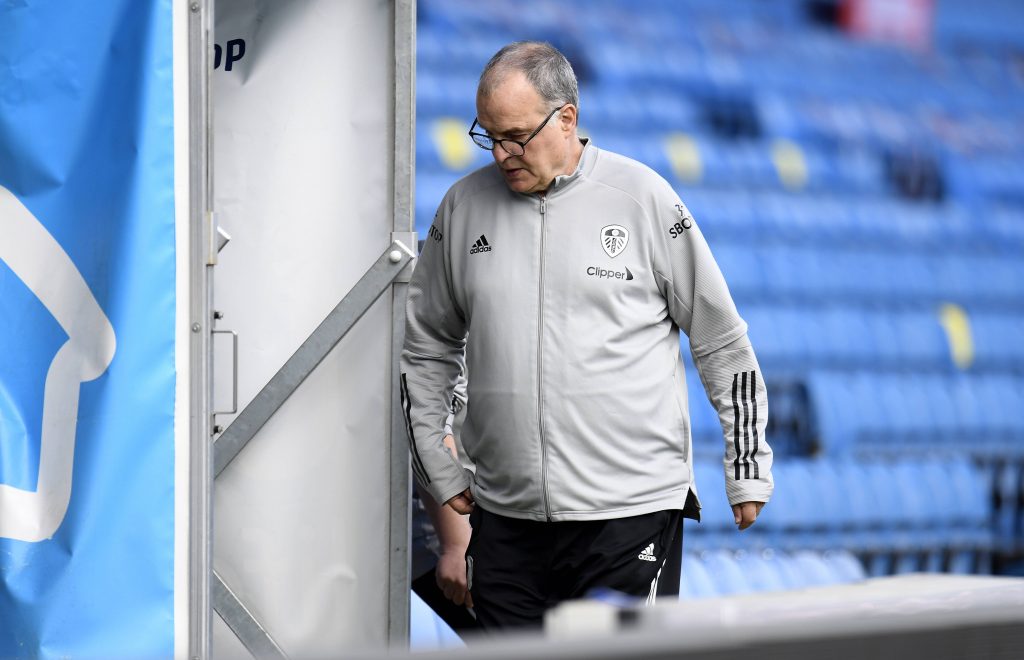 Leeds United will face Brighton and Hove Albion in the Premier League at the Amex Stadium on Saturday.

Ahead of the match, Marcelo Bielsa has covered various topics, including the team news.

The Argentine has confirmed that Raphinha will miss the game with a thigh injury. Another summer signing, Rodrigo, is healthy but not fit enough to start.

Leeds skipper Liam Cooper is also missing as he serves the final game of his three-match ban.

✅ Rodrigo (muscle) recovered but not definitely in squad

The Brazilian has been outstanding this season for Leeds. However, Bielsa has confirmed that his situation is more than serious, and it is difficult to predict when he will return.

“A hit which created an internal hematoma that hematoma disappears causes pain and inhibits mobility. Can be resolved quickly or take longer.

“Hematoma reduces, and the player is no longer in pain he will return quickly. Impression is final stages before finally healed.”

The Spaniard is “healthy” at the moment, but he is unlikely to be a part of the squad.

“Healthy – that doesn’t mean he is fit to play,” added Bielsa. “We will see how many minutes he can play.”

Bielsa also commented on Poveda and whether he can be an option.

The 21-year-old Leeds forward has made 12 substitute appearances this season and impressed in cameo roles against Liverpool and Manchester United.

However, the Argentine has suggested that he has not considered the option of playing him in the #10 position at the moment.

Leeds are in excellent form at the moment, with Bielsa’s side going undefeated in their last six games.

In other news, check out the tactical analysis between PSG vs Manchester City.