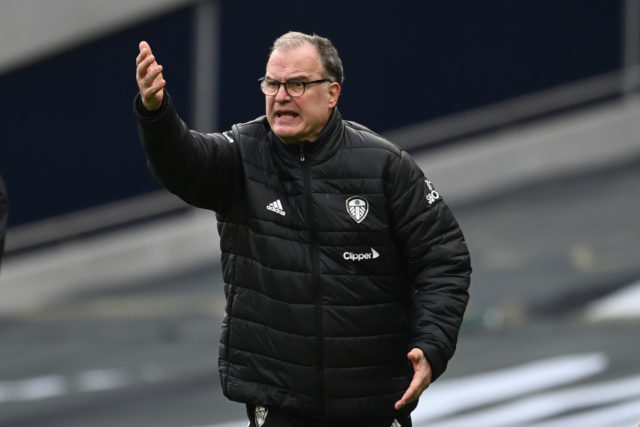 Marcelo Bielsa has suggested in his pre-match press conference today that Pablo Hernandez and Pascal Struijk won’t play against Chelsea this weekend.

Leeds have lost four out of their last five Premier League games. The Whites are up against the Blues, who are on a superb run of form under Thomas Tuchel.

Bielsa has confirmed that Kalvin Phillips and Rodrigo are both fit, with the England midfielder playing the entire game on Monday against West Ham.

“Neither will be able to play”, said Bielsa when asked about the latest update about Hernandez and Struijk.

Injury news – Struijk and Hernandez will miss the Chelsea game again. Shackleton is back and Phillips and Rodrigo came through the West Ham game without any issues.

Koch could play in the 23s on Monday. #lufc

The Argentine has clarified that Struijk’s injury is not “serious” and that various players have continued playing with that sort of injury. However, he prefers to give him more time to recover completely.

When asked about any other injury problems, Bielsa replied, “No, Shackleton is available now. Koch also, Berardi also. The players who are not available are Forshaw, Pablo, and Pascal.”

It is a massive boost for Leeds that both Robin Koch and Gaetano Berardi have returned to full fitness.

However, Koch could play with the U23 team to regain his sharpness.

Bielsa has also suggested that he has picked Elia Caprile based on his performances. He also added that Kiko Casilla is currently not injured.