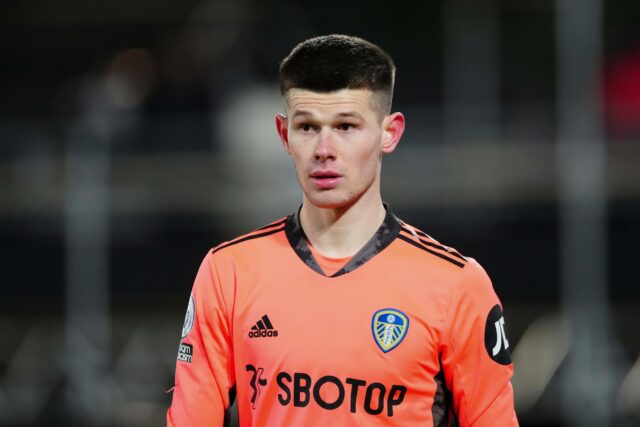 Leeds United ended their horrid run of results in London after beating Fulham 2-1 in the Premier League at Craven Cottage on Friday night.

Patrick Bamford and Raphinha scored for the Whites in either half as Leeds picked up all three points to return to winning ways.

Apart from these two, there were other notable performances from several Leeds players.

Kalvin Phillips was outstanding, while the likes of Jack Harrison and Stuart Dallas were equally brilliant.

Illan Meslier once again impressed, although he failed to keep a clean sheet.

Marcelo Bielsa, when asked to comment on his performance, said to Leeds Live – “Throughout the campaign made very few errors.”

The 21-year-old French goalkeeper has made 28 appearances for Leeds this season, and he has done remarkably well.

Leeds have conceded 47 goals this season, but it will be unfair to put a blame on the young French goalkeeper. He has hardly made any glaring mistakes.

This was his first-time exposure in the Premier League, and he hasn’t been protected by a stable back defensive set-up, with Leeds missing several key defenders like Liam Cooper, Robin Koch and Diego Llorente at various times throughout the campaign.

Marcelo Bielsa has defended the youngster whenever he was criticised by the press. After his mistakes against Arsenal, Bielsa protected him by drawing reference to Liverpool goalkeeper Alisson Becker who has made some uncharacteristic errors this term.

Recently Tony Cascarino has predicted that Meslier has the quality to become the first-choice goalkeeper for the France national team.

In other news, Meslier is on the verge of becoming the youngest keeper to keep 10 clean sheets in a single season.