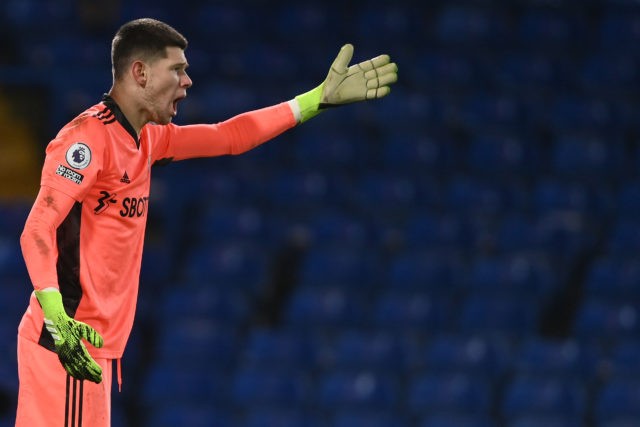 Marcelo Bielsa is not just a great manager, but a fascinating person as well. I’m not a Leeds fan, but one cannot help but admire some of his qualities.

The Argentine can be eccentric at times, his methods are often out-of-the-box, but there’s no denying the fact that he is very humble.

Leeds will face West Ham in their next Premier League game at Elland Road where the Whites will be looking to return to winning ways.

Ahead of the match, Bielsa touched on several topics. The Argentine was asked to comment on Illan Meslier, the Leeds goalkeeper, who has had a mixed campaign thus far.

This is what he said, as quoted by Leeds Live:

“Evidently, they say one of the virtues of a good goalkeeper is to have a bad memory. To be able to forget the moments of adversity and continue playing.

“I don’t have a big influence over Meslier. What I do observe is the trident of [Kiko] Casilla, Meslier and our goalkeeping coach Marcos Abad. They have resources I didn’t know were available to prepare the mind and body of a goalkeeper. To synthesise, there is nobody better placed to talk about the mental strength of Meslier than himself and Marcos.”

Keeping faith in the youngster

Meslier joined Leeds on loan last season from Lorient. After impressing in the second half of the season, he joined the Yorkshire club on a permanent deal this summer.

Meslier has conceded 20 goals in the Premier League thus far. However, the youngster has kept clean sheets and has hardly put a foot wrong. Many tend to forget that Meslier is only 20 and that this is his first season in the top flight. Like everyone else, he is adjusting to the best of his ability.

Almost every player at Leeds has spoken highly about the Argentine from time to time, and to what length he has had an influence on them. But Bielsa has hardly taken any credit for shaping Meslier’s progress at the club.

His comments also throw light on Kiko Casilla’s involvement at Leeds. The Spaniard may have dropped down the pecking order but Leeds fans will find it comforting that he is playing an important role in making Meslier a better goalkeeper.

And finally, he has given all credit to the youngster. That shows, to what extent Bielsa keeps faith in the Frenchman. Meslier will surely take this precious advice from the Argentine that a good goalkeeper should forget the bad moments and move on.