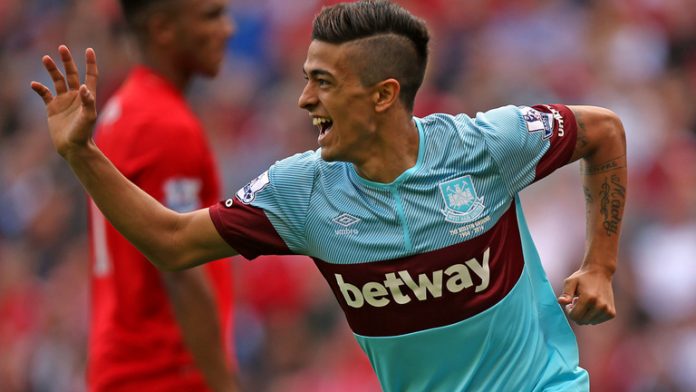 The 23-year-old was heavily linked with a move to Chelsea, but he joined West Ham on a season-long loan from Deportivo Maldonado instead. The Argentine international has struggled for regular games this season, and is yet to start a Premier League game. All his nine appearances in the league have come from the bench.

On the other hand, Lanzini has been a huge success for West Ham. Last season, he scored six goals, and this term he has netted five already. With Dimitri Payet now gone, he has become the club’s most influential player.

Lanzini says that Calleri has been unlucky that West Ham endured a poor start to the season. He said, as quoted by TyC Sports:

“Calleri is a great player. It was bad luck that we started badly this season. There was a change of formation and system. He was unlucky to enter a group with success and confidence”

Calleri arrived with a great goalscoring reputation from during his time in South America, where he scored 23 times in 59 games for Boca Juniors, and 16 goals in 31 appearances for Sao Paulo. However, he is yet to make a strong impact for the Hammers.

He scored his first goal for West Ham in the recent 3-1 win over Middlesbrough. With Andy Carroll again injured, it opens up opportunity for him to get more game time in the coming weeks before his loan spell ends.