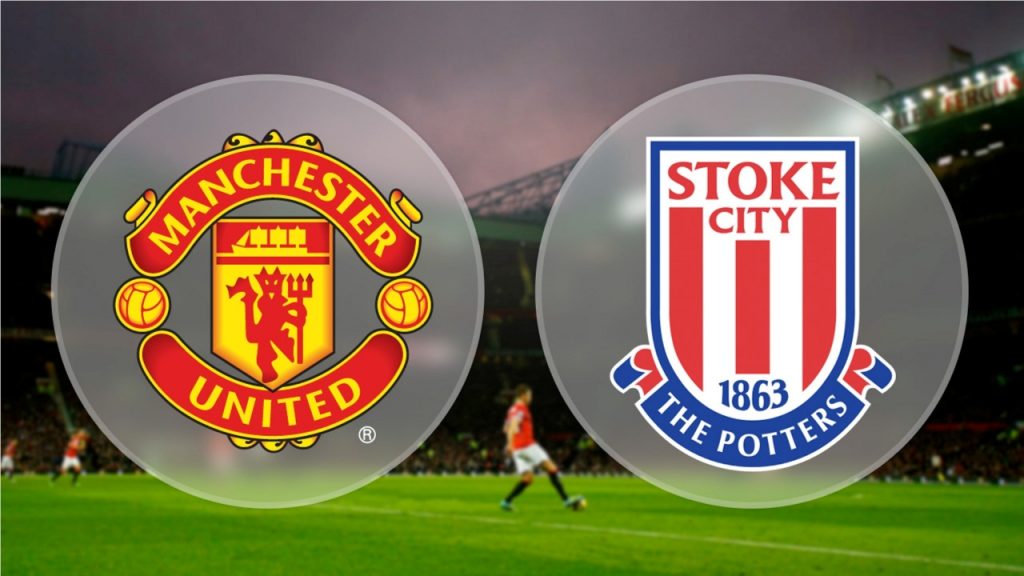 The home side have already dropped a lot of points this season and will be looking to close the gap with top four rivals Tottenham with a morale boosting win in front of their own fans.

Meanwhile, Stoke City have been very impressive so far and are just four points behind Manchester United. Stoke are very much in the race for European places this season and Mark Hughes will be aiming for an upset at Old Trafford tonight.

After a defeat against Southampton at home, Manchester United got back to winning ways with an impressive 3-1 win over Derby in the FA Cup this week and Van Gaal will be looking to build on it with another win against Stoke.

It is different story for Stoke City. Mark Hughes has transformed the side in terms of playing style and they have been rewarded accordingly. The Potters have made some intelligent signings including the deadline day move for Giannelli Imbula.

It will be interesting to see how Manchester United cope with an impressive Stoke City side later today, especially with most of their defenders ruled out due to injury.

Manchester United are plagued with injuries at the moment. The Red Devils are worryingly short at the back with most of his defenders injured for the Stoke City clash.

Marcos Rojo, Darmian, Jones, Shaw are all ruled out with injury. The likes of Valencia and Young are also expected to miss out.

Michael Carrick made his comeback in the 3-1 win over Derby on Friday and should start against Stoke.

Guillermo Varela is expected to continue at right-back.

It is a similar story for Stoke City as well. Mark Hughes will be without his first choice defenders Ryan Shawcross, Marc Wilson and Geoff Cameron.

Marc Muniesa has returned from a long-term injury lay off.

Manchester United have won their last 7 home matches against Stoke in all competitions.

Manchester United have scored at least 2 goals in their last 7 home matches against Stoke in all competitions.