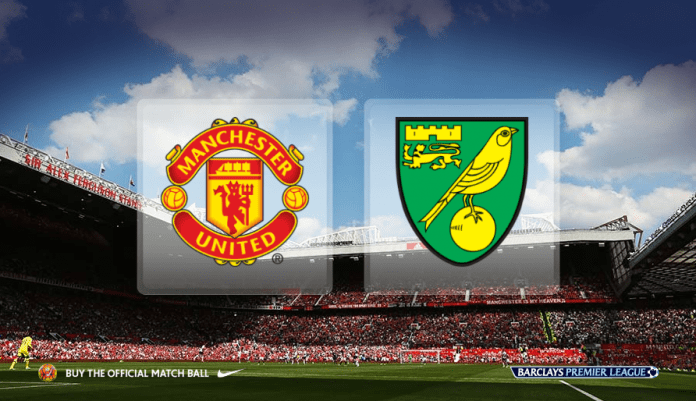 Manchester United are without a win in their last five games in all competitions and manager Louis van Gaal is under immense pressure ahead of Norwich’s visit on Saturday.

The Premier League giants have tasted consecutive defeats against Wolfsburg and Bournemouth and after what happened to Jose Mourinho yesterday, Van Gaal will be worried about his future as well.

Chelsea’s poor start to the season cost Jose Mourinho his job and Van Gaal is heading down a similar route. The Dutchman will be aware that he needs to turn it around and quick.

However, United have been impressive at home this season and are yet to be beaten in seven home league matches.

As for Norwich, the away side have only beaten Manchester United twice in the Premier League, both times away from home.

Norwich are in a terrible run of form and have won just one of their last 11 games in all competitions.

Manchester United are plagued with injuries and will be without several key players for the clash against Norwich.

Defender Phil Jones is expected to return after coming on in the final minutes of their 2-1 defeat to Bournemouth.

The likes of Chris Smalling, Wayne Rooney, Ander Herrera and Matteo Darmian are still doubtful for the game and are expected to return next week.

Young defender Cameron Borthwick-Jackson played in the game against Bournemouth and should be rested here.

German midfielder Bastian Schweinsteiger will serve the second of his three-match ban against Norwich.

Van Gaal has 7 players injured at the moment including the likes of Shaw and Valencia.

Norwich will be without the services of Matthew Jarvis and Andre Wisdom for the trip to Old Trafford.

Norwich City have won just one of their last 19 Barclays Premier League away games.